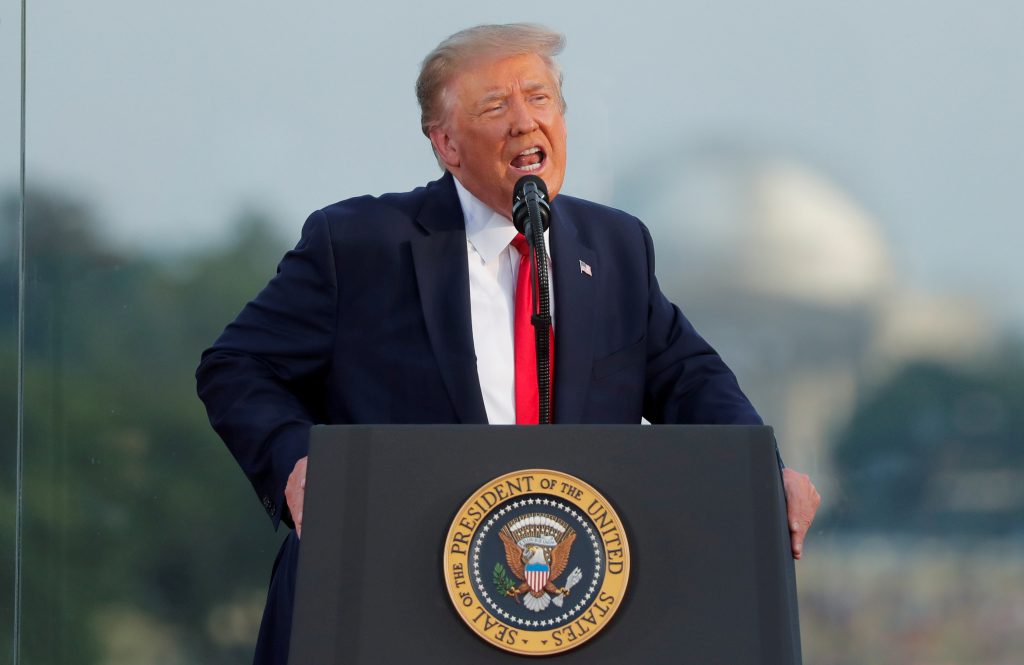 With 67 people shot over the holiday weekend in Chicago, of which there were 13 fatalities including a 7 year old girl and a 14 year old boy, and 30 shot in New York City with 3 fatalities, President Trump offered the cities federal help to control the violence if the mayors of those cities ask for it, Fox News reported.

Chicago has seen a tremendous increase in gun violence, and President Trump tweeted in response, “Chicago and New York City crime numbers are way up. 67 people shot in Chicago, 13 killed. Shootings up significantly in NYC where people are demanding that @NYGovCuomo & @NYCMayor act now. Federal Government ready, willing and able to help, if asked!”

“Tonight, a 7-year-old girl in Austin joined a list of teenagers and children whose hopes and dreams were ended by the barrel of a gun,” Chicago Mayor Lori Lightfoot tweeted on Saturday. “As a city, we must wrap our arms around our youth so they understand there’s a future for them that isn’t wrapped up in gun violence.”

According to the Chicago Police Department, four men opened fire on a large gathering in the street in the Englewood neighborhood just before midnight on Saturday. Two males were pronounced dead at the scene, and a 14-year-old boy and another victim died at a hospital.

A 7-year-old girl was fatally shot in the head on Saturday around 7 p.m. a while standing on the sidewalk at her grandmother’s house in the Austin neighborhood.

30 people were shot overnight in New York City, with 14 of them in northern Manhattan, according to the New York Post.