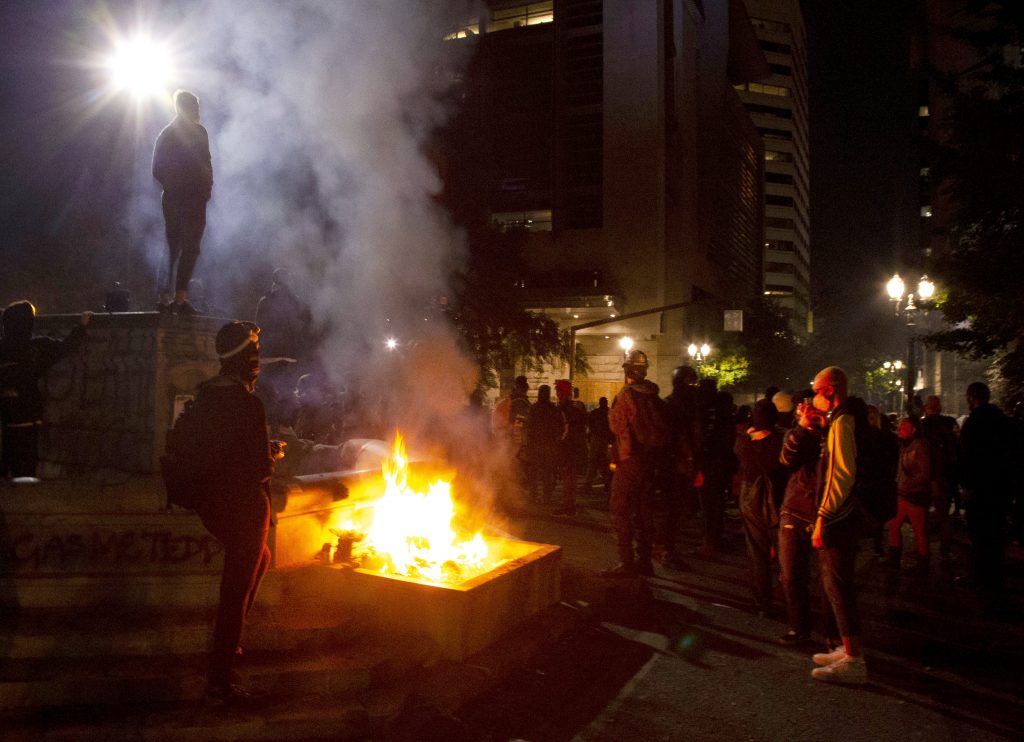 More than 12 people were arrested in Portland early Sunday after throwing fireworks and mortars as they clashed with police during the latest rally decrying police brutality.

Police used tear gas and crowd control munitions to stymie protesters who they say broke windows at a federal courthouse and nearby businesses in a protest that lasted until 4:30 a.m. Sunday, according to a news release from Portland Police.

Names of the people arrested and what they were being arrested for were not immediately released.

Police declared the scene a “riot” and called the protesters’ behavior “unacceptable.” Several officers were injured when fireworks and mortars exploded near them, police said.

“Our community deserves better than nightly criminal activity that destroys the value and fabric of our community,” police said in the news release.

Protesters in this liberal, predominantly white city had stayed main peaceful for some five weeks as they joined with thousands of others around the country decrying police brutality. But recent violence by smaller groups is dividing the movement.