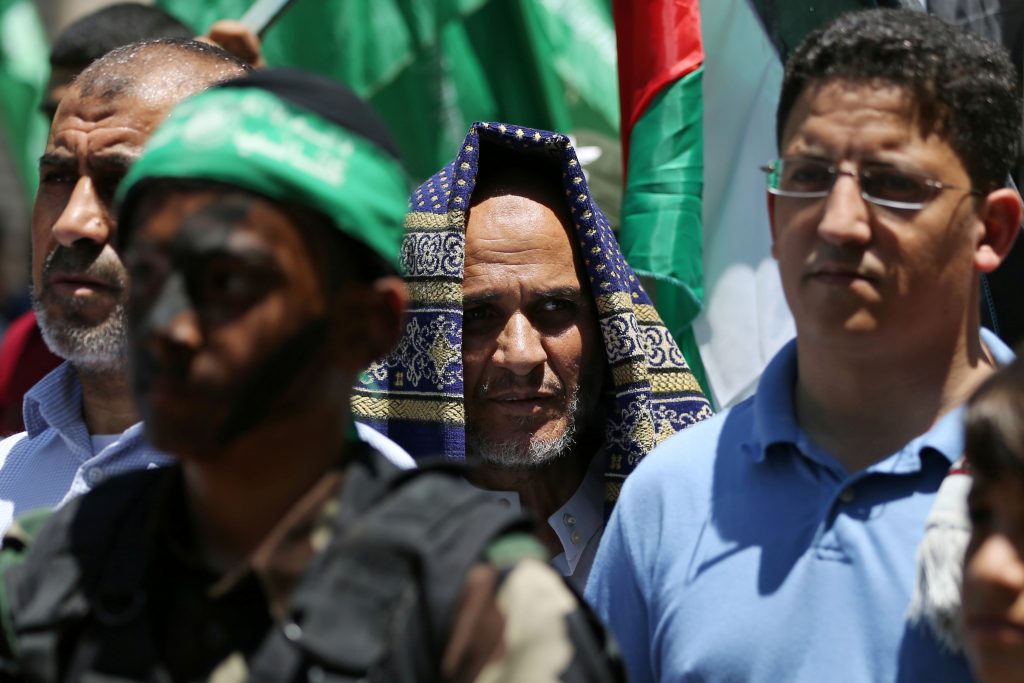 Sources in the Hamas terror group claimed overnight Thursday that they have arrested an undercover cell operating on behalf of Israel, inside the Gaza Strip.

“Within the framework of the security apparatuses’ efforts to counter infiltration attempts by Israel and its agents, they succeeded in uncovering a [Israeli] cell engaged in hostile activities against members of the resistance,” Hamas’ interior ministry in Gaza said in a statement.

“Over the past few days the security apparatuses detected suspicious activities by a number of people. Consequently, intensive investigations were launched along with surveillance of these people, which led to their arrest after an operation spanning several days.”

According to Hamas, technological equipment used by the cell inside Gaza was also confiscated, along with a sum of money each cell member had allegedly received from Israel as payment.

Based on the initial interrogation of the cell members, the statement said, they were to target “resistance” members in the coming days, under direct orders from Israeli intelligence officers.

The terrorist organization said that the interrogations were ongoing and that legal measures would be taken against the cell members. At this stage, no other official source has confirmed the Hamas’ claims.