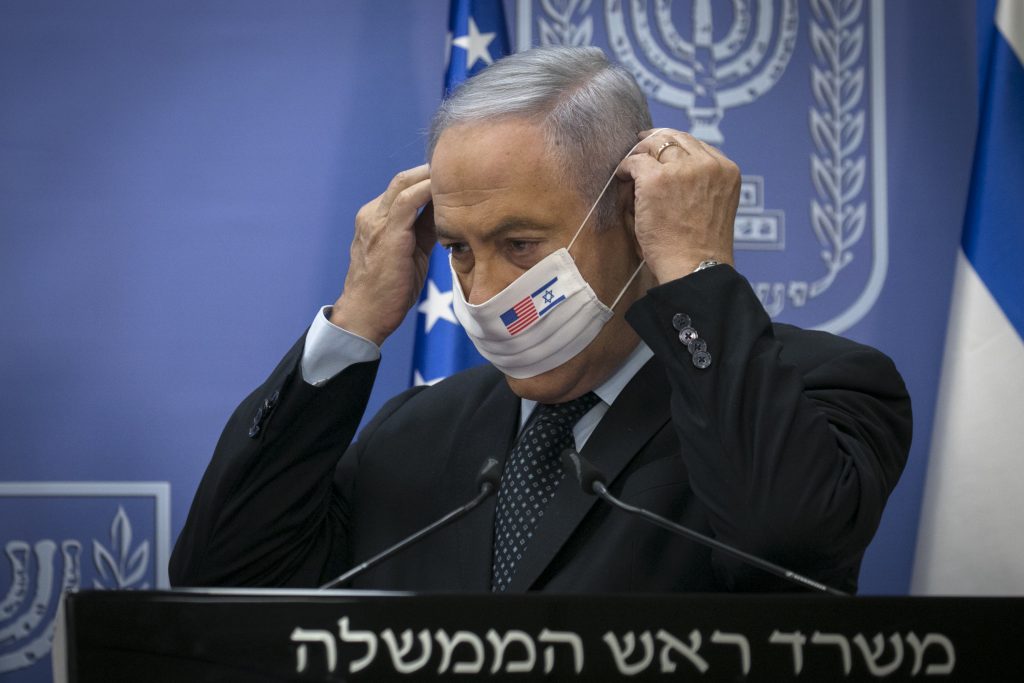 Caught between the worst coronavirus data yet and the desperate state of the economy, Israeli Prime Minister Binyamin Netanyahu‏‏ said on Thursday that the government is working to balance its response to the dual crisis.

“The cost of a mistake to health and the economy can both be very bad. We’ll place the minimum restrictions necessary to stop the spread of the virus and preserve the economy,” he said, adding that financial compensation will be available for those who suffer losses due to the measures taken.

At a coronavirus cabinet meeting described as “urgent” on Thursday evening, the ministers decided to tighten limits on gathering, including minyanim, to a maximum of 20 people, and special events to 50, according to Ynet.

Bars and restaurants were also being discussed, but no official word was issued yet by the cabinet on any of the categories.

The government has imposed lockdowns of varying extent on areas with high infection rates in recent days—in Ashdod, Tiveryah, Lod and elsewhere—but has held off on a general lockdown.

The Central Bureau of Statistics quantified the damage in a report released Thursday showing that the job market contracted by 27 percent from March to April.

The CBS says there were 2.6 million jobs in April, 1 million fewer than in March, when the government began to place restrictions on movement. The food and hospitality industry was the worst hit, contracting by over 75 percent.

However, CBS officials said they anticipate that the next batch of statistics, for May, will show an 80 percent rebound in employment figures.

The CBS also reports that the average wage rose sharply in April to NIS 12,498. But it attributed that to many low-paying jobs having left the marketplace during the period, such that average pay rose for those left with jobs, but not actual wages.