Ave K in Midwood is Open to Cars, No Longer an ‘Open Street’ 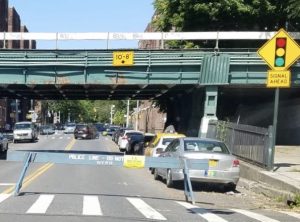 Traffic jams were averted on Thursday when elected officials representing Midwood sprung into action and convinced city officials to remove the barricades that were returned to the crossroads of their neighborhoods, after they had been taken down once last week.

The city’s ‘Open Streets’ program, devised to provide residents with more space to social distance while walking, called for 67 miles of streets in New York City to be closed to through traffic from 8:00 AM to 8:00 PM. In the haste to comply with the goals set for this program, the Department of Transportation barricaded the streets and posted signs stating they were closed during the daylight hours. 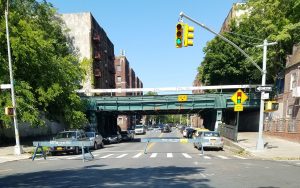 Midwood residents awoke on Thursday, June 26, to find Avenue K, a well travelled thoroughfare, blocked to through traffic, with the adjacent side streets jammed with motorists trying to circumvent the area.

As elected officials became aware of the situation, they communicated with the Mayor’s Office and explained how this was affecting the quality of life of the local residents. In addition, Avenue K is often used by emergency vehicles to transport patients to Maimonides Medical Center in Boro Park, since the parallel avenues are business districts and are frequently congested.

Local community activists removed the barriers, and by the end of Thursday the elected officials thought they had an agreement with the city to unclog these streets.

Yet as cars began travelling along Avenue K on Thursday morning, July 2, they were met once again with the barricades which were set up to impede the flow of traffic, and traffic was once again building up in the area. Calls to Senator Simcha Felder’s office alerted him to the situation, and together with the city councilmen who represent Midwood, an agreement was reached to remove the blockages and to strike these streets from the ‘Open Streets’ program.

Senator Felder expressed his disappointment Thursday morning when he tweeted, “Last week, I thought this MUST be an error, but this morning the barriers R BACK! You can’t open space by closing streets in middle of major thoroughfares-plagued with traffic for YEARS! @NYCMayor, where’s the common sense?? Take Ave. K & E.16 off this list!”

By early afternoon, the situation seemed to have been rectified, and a satisfied Senator Felder communicated his thanks by saying, “Mazal Tov, this ridiculous situation has been corrected. I’m not sure who to thank, but the barriers were removed and the street is open- for today. Let’s hope it lasts.”