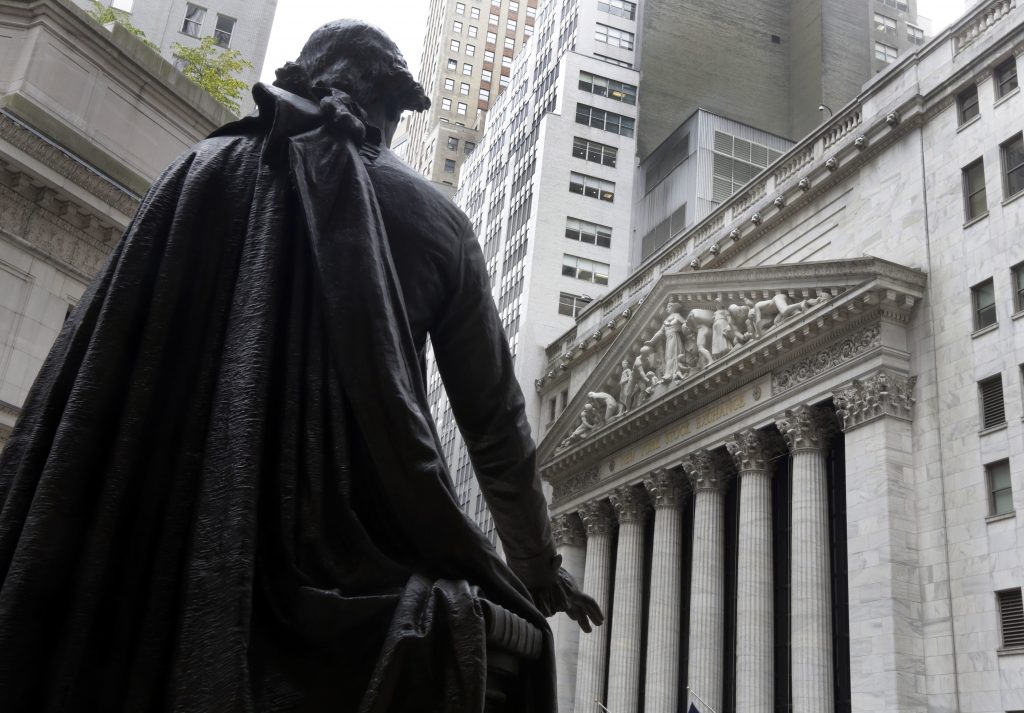 President Donald Trump called Tuesday for two “anarchists” to turn themselves in on federal charges for vandalizing statues of George Washington in New York City.

“We have them on tape,” Trump tweeted. “They will be prosecuted and face 10 years in Prison based on the Monuments and Statues Act. Turn yourselves in now!”

Trump tweeted last week he had “authorized the Federal Government to arrest anyone who vandalizes or destroys any monument, statue or other such Federal property in the U.S.”

Trump also signed an executive order saying his administration would “not allow violent mobs incited by a radical fringe to become the arbiters of the aspects of our history that can be celebrated in public spaces.”

The order called for the government to prosecute such vandals “to the fullest extent permitted under federal law.”

Federal prosecutors in New York similarly have cracked down on people accused of firebombing police vehicles amid the unrest that followed the police killing of George Floyd in Minneapolis.

Two Brooklyn attorneys were recently hit with charges that could put them in prison for nearly 50 years for torching an empty New York City police vehicle last month.