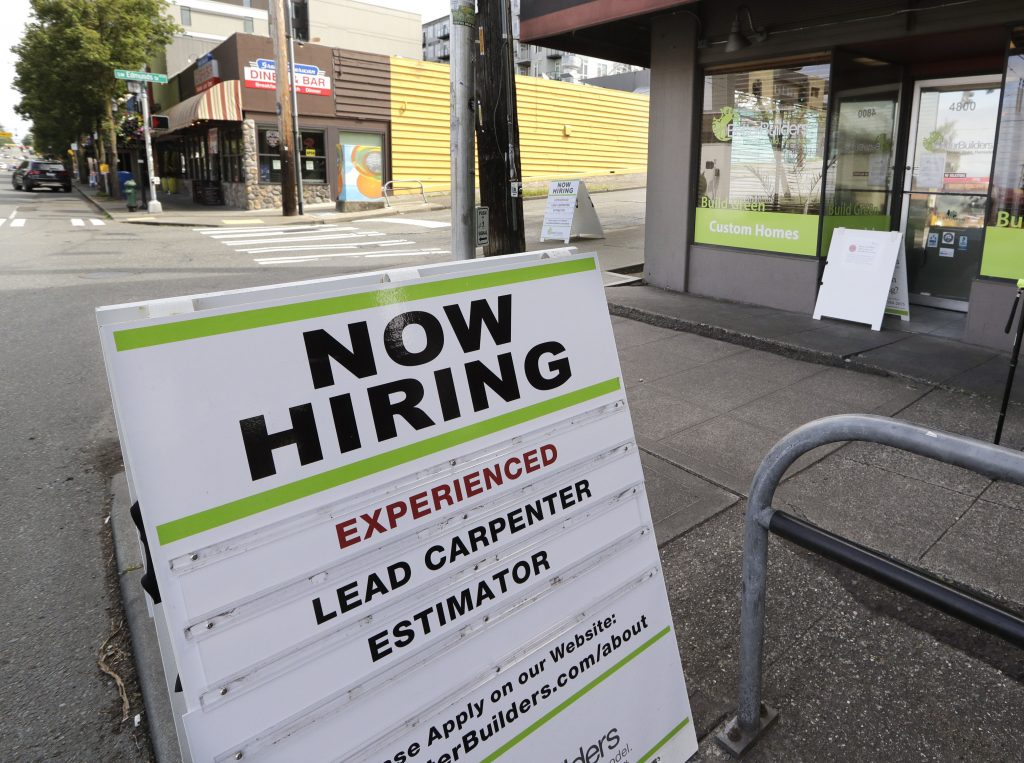 U.S. companies added nearly 2.4 million jobs in June, according to a private survey, a large gain that still leaves total employment far below its pre-pandemic levels.

Yet according to ADP’s data, the economy still has 14.3 million fewer jobs than it did in February, before the viral outbreak intensified.

“We’ve obviously got into a big hole here because of the pandemic and are just trying to claw our way out,” said Mark Zandi, chief economist at Moody’s Analytics. Moody’s helps compile the ADP data for its monthly reports.

Still, the economy remains under pressure from the pandemic, as new spikes of the coronavirus in several southern and western states have forced some to pause their reopenings and impose new closures of bars and other businesses. That could slow hiring in the coming months.

On Thursday, the government will release the official jobs figures for June, which are projected to show that employers added 3 million jobs and the unemployment rate fell to 12.3%, down from 13.3% in May. Both those rates are among the highest the U.S. has seen since the Great Depression.

ADP does not include government jobs in its report and often diverges from the Labor Department’s data.