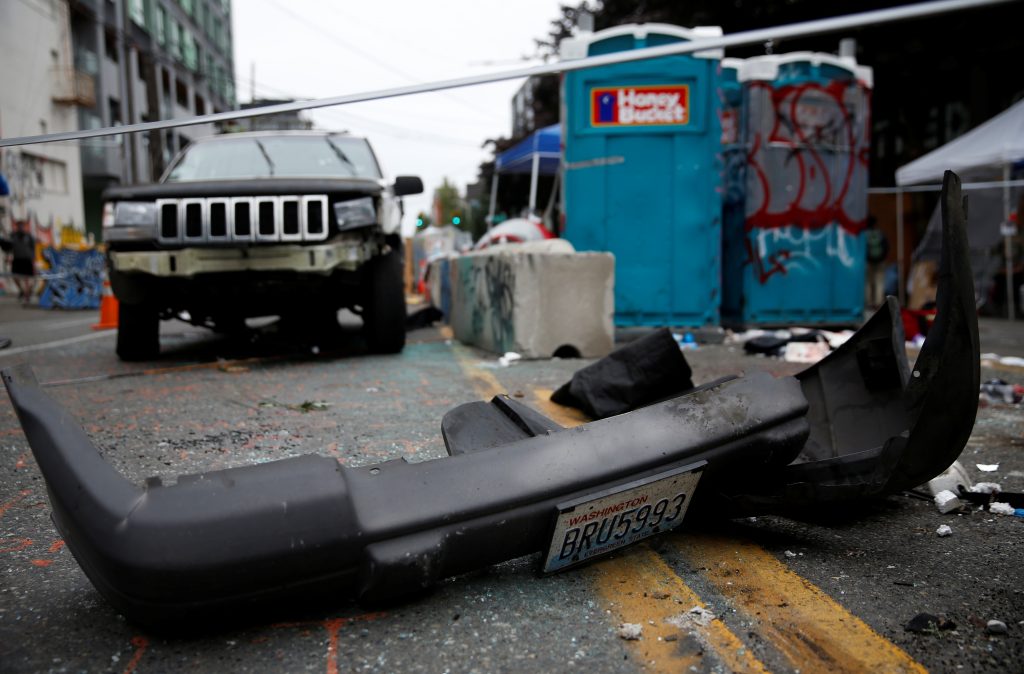 People have occupied several blocks around a park and the Seattle Police Department’s East Precinct for about two weeks after police abandoned the building following standoffs and clashes with protesters calling for racial justice and an end to police brutality.

Police said the move Wednesday is designed to protect the public. Protesters in the Capitol Hill neighborhood responded with chants and calls to leave them alone.

“Since demonstrations at the East Precinct area began on June 8th, two teenagers have been killed and three people have been seriously wounded in late-night shootings,” Seattle police said on Twitter. “Police have also documented robberies, assaults, and other violent crimes.

“Because suspects in recent shootings may still be in the area, and because numerous people in the area are in possession of firearms,” they said.

Officers will be equipped with additional protective gear as they attempt to clear the streets.

Cement barricades that remained in front of the Seattle Police Department East Precinct building Tuesday were fortified by protesters with chunks of concrete and tarps.

There have been increasing calls by critics, including President Donald Trump, to remove protesters from the “Capitol Hill Occupied Protest” area east of downtown following the fatal shooting Monday of a 16-year-old boy and the June 20 killing of a 19-year-old man.

Protesters say they should not be blamed for the violence in the area. People continued to add artwork, flowers and candles at a memorial for the 16-year-old on Tuesday.

Police Chief Carmen Best has said the shootings are obscuring the message of racial justice promoted by protesters.