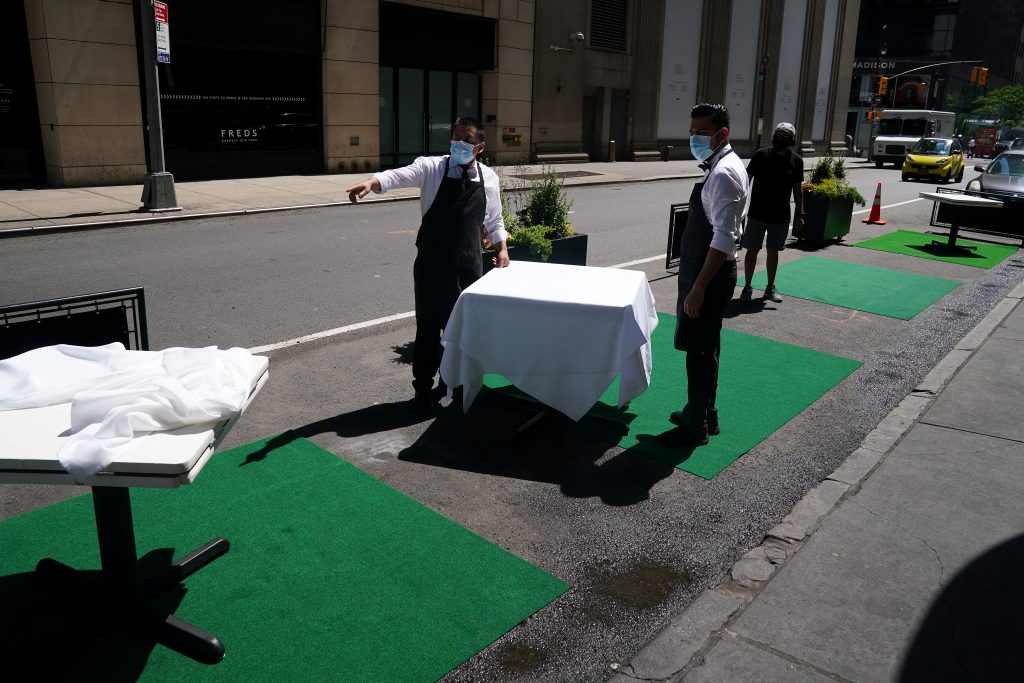 Indoor dining at New York City restaurants will be delayed out of fear it would cause a spike in coronavirus infections, Mayor Bill de Blasio and Gov. Andrew Cuomo said Wednesday.

De Blasio, a Democrat, said he was concerned that if the city welcomed diners back into the enclosed spaces of its restaurants, it might experience the same surge in illness now being seen in other states.

“Honestly, even a week ago, honestly, I was hopeful we could. But the news we have gotten from around the country gets worse and worse all the time.”

Cuomo said the ban on indoor dining would be confined to New York City, where he complained that compliance with social-distancing guidelines is dropping. “Everything else is going to continue, everything else is continuing all across the state,” the governor, also a Democrat, said. “This is a New York City-only modification because frankly it is a problem that is most pronounced in New York City.”

De Blasio said that outdoor dining at restaurants, which started about two weeks ago, can continue. He said 6,600 restaurants in the city have applied for permits to serve patrons outdoors and he expects more to follow suit.

“Outdoor dining unquestionably has been a great hit,” de Blasio said. “And I think the bottom line is that outdoors is working, period. This is one of the things we’ve learned. Outdoors is where we need to be to the maximum extent possible this summer as we fight back this disease.”

New York City is in the second phase of its reopening plan and is expected to get approval from Cuomo to go to a third phase on July 6.

Under the current rules, large gatherings of people are still banned, but retail stores have been allowed to welcome customers back inside and offices have reopened to workers with some social distancing rules in place.

Rates of infection and hospitalizations for COVID-19 have been declining in New York for several weeks, even as other states have seen increases in new cases. Both de Blasio and Cuomo have faulted states in the South and West for relaxing coronavirus restrictions too quickly.

“We know a lot of other parts of the country very sadly made decisions based on something other than the data,” de Blasio said.

Cuomo said there were 11 deaths attributed to the virus statewide Tuesday, down from nearly 800 deaths a day statewide during the height of New York’s outbreak in April.