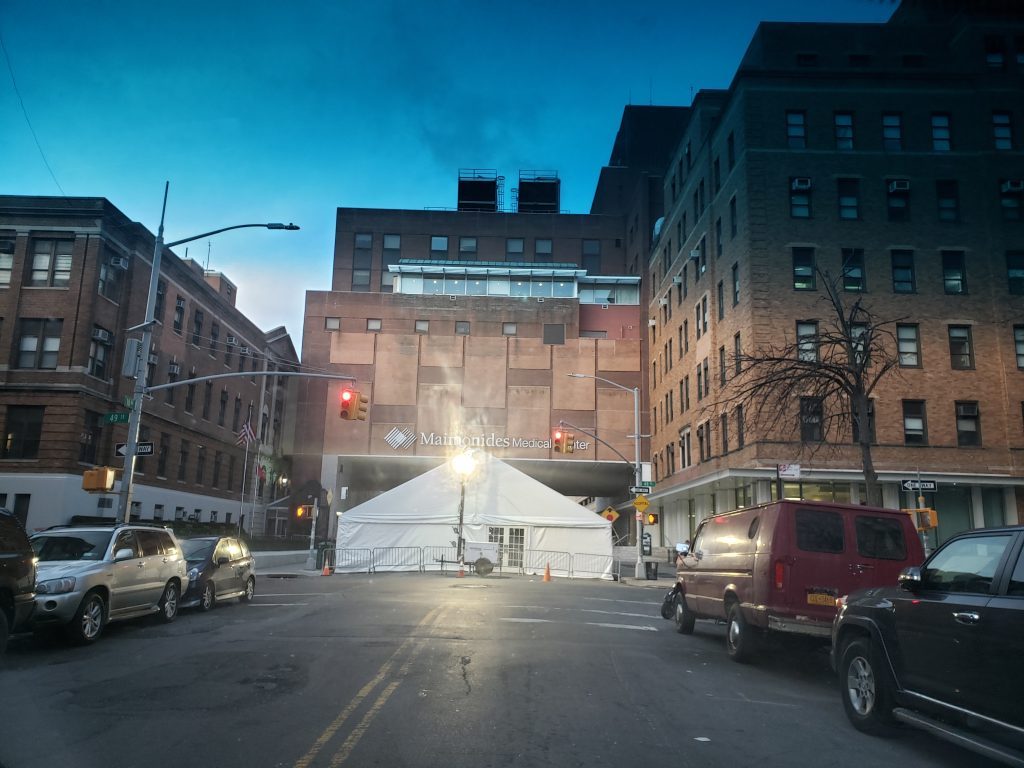 A tent which was erected to help ease the crowding of COVID-19 patients in Maimonides Medical Center is to be disassembled by the end of the week, allowing traffic to once again pass through 10th Avenue in front of the hospital.

On March 22, Maimonides set up a tent on 10th Avenue between 48th and 49th Streets which was initially going to be used for COVID-19 testing. In the end, the tent was used for storage, and the freed up space was used for patients.

Another tent was built on Fort Hamilton Parkway on March 27 which was used for triage. That tent was removed on June 22, as the volume of patients entering the hospital eased.

Councilman Kalman Yeger worked with Community Board 12 to get the tent removed. On Wednesday, they announced that the tent should be completely removed by Friday, July 3.

“At the beginning of the pandemic, Maimonides needed the ability to quickly expand in case of, chas v’shalom, an influx of patients beyond its physical capacity,” Councilman Yeger told Hamodia. “Now that the number of incoming patients are so heavily reduced, it is time to return 10th Avenue back to the people. I’m glad Maimonides has agreed to restore the street to the community by this Friday.”