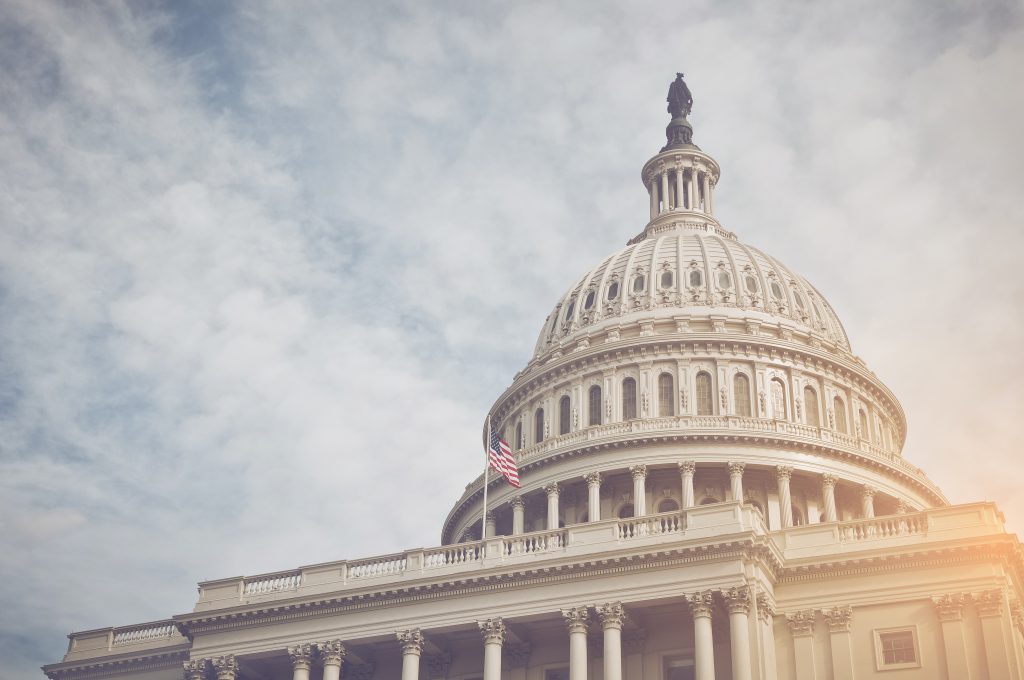 The bill also authorizes more than $100 billion to expand internet access for rural and low-income communities and $25 billion to modernize the U.S. Postal Service’s infrastructure and operations, including a fleet of electric vehicles.

Lawmakers approved the Moving Forward Act by a 233-188 vote, mostly along party lines. It now goes to the Republican-controlled Senate, where a much narrower bill approved by a key committee has languished for nearly a year. Majority Leader Mitch McConnell, R-Ky., has not attempted to schedule a floor debate and none appears forthcoming.

The idea of “Infrastructure Week” in the Trump era has become a long-running inside joke in Washington because there was little action to show for it. Still, Wednesday’s vote represented at least a faint signal of momentum for the kind of program that has traditionally held bipartisan appeal.

Rep. Peter DeFazio, D-Ore., chairman of the House Transportation and Infrastructure Committee and a sponsor of the legislation, called it a “transformational investment in American infrastructure that will create millions of jobs.”

Republicans ridiculed the bill for what they called a Green New Deal-style focus on climate.

“Instead of seeking bipartisan solutions, this bill adds $1.5 trillion to the nation’s debt and disguises a heavy-handed and unworkable Green New Deal regime of new requirements as an ‘infrastructure bill,'” said Missouri Rep. Sam Graves, the top Republican on the transportation panel.

Graves blamed House Speaker Nancy Pelosi and other Democrats for turning what has traditionally been a bipartisan issue in Congress — infrastructure — into what he called “a partisan wish list.”

Republicans scored a rare procedural victory, winning approval of an amendment to block money from the bill going to Chinese state-owned enterprises or companies responsible for building internment camps for the nation’s Uighur minority.

The White House promised a veto if the measure reaches the president’s desk. In a statement this week, the White House said the bill “is heavily biased against rural America,” is based on debt financing and “fails to tackle the issue of unnecessary permitting delays” that have long impeded infrastructure projects.

President Donald Trump has frequently declared his support for infrastructure projects and pledged during the 2016 campaign to spend at least $1 trillion to improve infrastructure. Since taking office, Trump has repeatedly called for enactment of an infrastructure package — but those efforts have failed to result in legislation.

Hopes were dashed last year when Trump said he wouldn’t deal with Democrats if they continued to investigate him. The House later impeached him.

Trump said after signing a $2 trillion coronavirus relief package that low interest rates made it a good time to borrow money to pay for an infrastructure bill. No formal proposal has emerged, although the White House has suggested the next virus response bill could include an infrastructure component.

The centerpiece of the House legislation is a nearly $500 billion, 5-year surface transportation plan for roads, bridges and railways. The White House said in its veto threat that the proposal is “heavily skewed toward programs that would disproportionately benefit America’s urban areas.” The bill would divert money from the Highway Trust Fund to transit and rail projects that “have seen declining market shares in recent years,” the White House statement said.

Democrats countered that the bill would rebuild the nation’s transportation infrastructure, not only by fixing crumbling roads and bridges, but also by investing in public transit and the national rail network, boosting low- and zero-emission vehicles and cutting carbon pollution that contributes to climate change.

The bill also authorizes $130 billion in school infrastructure targeted at high-poverty schools with facilities that endanger the health and safety of students and educators, Democrats said. The schools portion alone could create more than 2 million jobs, they said.

The bill would spend more than $100 billion to create or preserve at least 1.8 million affordable homes. “These investments will help reduce housing inequality, create jobs and stimulate the broader economy,” Democrats said in a “fact sheet” promoting the bill.

Three Republicans voted in favor of the bill: Rep. Brian Fitzpatrick of Pennsylvania and Reps. Jeff Van Drew and Chris Smith, both of New Jersey. Two Democrats opposed it: Reps. Collin Peterson of Minnesota and Ben McAdams of Utah.