A building at 348 Court Street corner Union Street in Carroll Gardens, Brooklyn, which had been under construction for the past few months, collapsed suddenly at around 4:30 PM Wednesday afternoon. The building was unoccupied at the time, and FDNY reported that they are operating on the scene.

The three story building, which housed a gym named Body Elite Gym for three and a half decades, had been closed for several months during the coronavirus pandemic, and it was being renovated during this time. Although scaffolding was set up on the Union Street side of the building, the Buildings Department issued a stop work order on June 10 because a section of the masonry was bulging dangerously over the public sidewalk and was unprotected, the New York Post reported.

The owner of the gym told police that all his workers were accounted for.

The FDNY is warning residents to avoid Court Street between Atlantic Avenue and 1st Place, and Union Street from Henry Street to Smith Street, so that emergency operations can proceed. 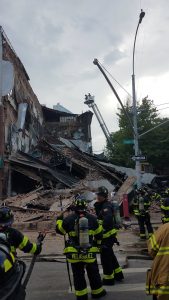 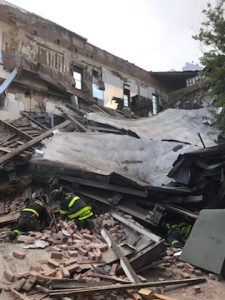 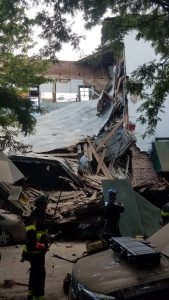 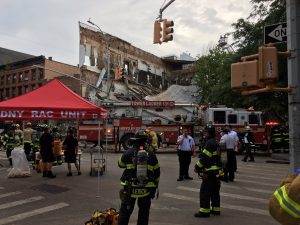