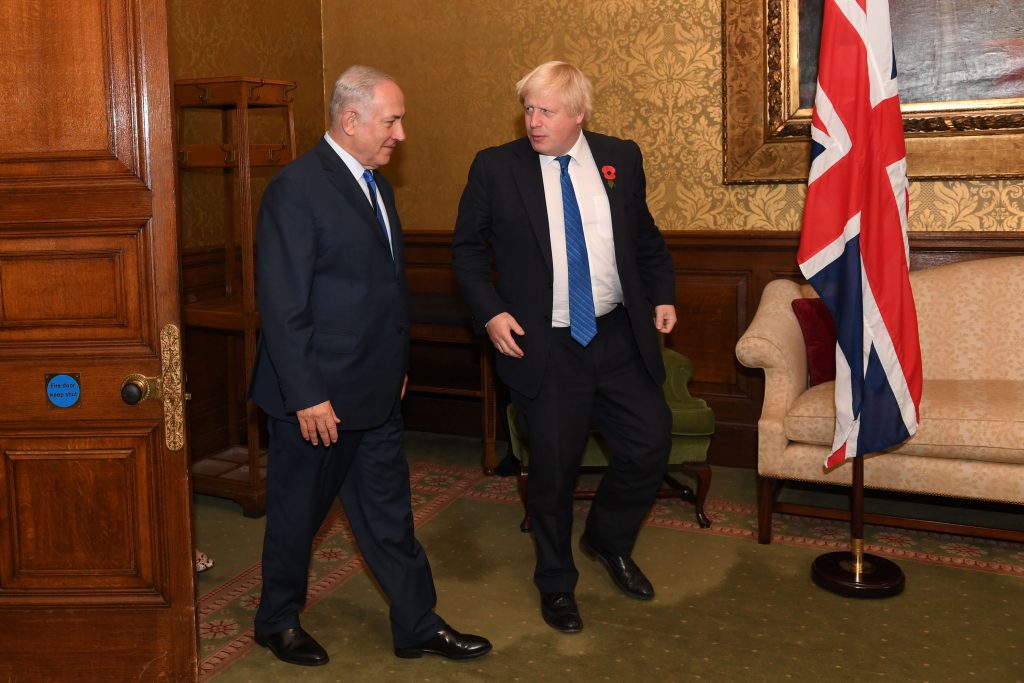 British Prime Minister Boris Johnson urged Israel not to apply sovereignty over parts of Yehudah and Shomron, writing an opinion piece published in Hebrew by the Yediot Acharonot newspaper on Wednesday.

The piece was published on the day that Prime Minister Binyamin Netanyahu had aimed to start the process, and eager to begin annexing in Yehudah and Shomron in line with President Donald Trump’s Mideast plan.

While the precise timing for the sovereignty plan remains unclear, Netanyahu is widely expected to begin promoting the plan in the near future.

In his front page article in Yediot, Johnson noted his long links to the country dating back to when he volunteered on a kibbutz as a teenager. He wrote that as a “passionate defender of Israel,” he was particularly troubled by its current intentions.

“As a life-long friend, admirer and supporter of Israel, I am fearful that these proposals will fail in their objective of securing Israel’s borders and will be contrary to Israel’s own long-term interests,” Johnson wrote. “I profoundly hope that annexation does not go ahead. If it does, the U.K. will not recognize any changes to the 1967 lines, except those agreed between both parties.”

Johnson warned that by applying sovereignty over parts of Yehudah and Shomron, Israel “would put in jeopardy the progress” it has made in building relations with a number of Arab states, while empowering Israel’s enemies who “would seize upon it, and use it against those in the Middle East who want to see progress.”

“I want to see an outcome that delivers justice for both Israelis and Palestinians,” Johnson wrote.