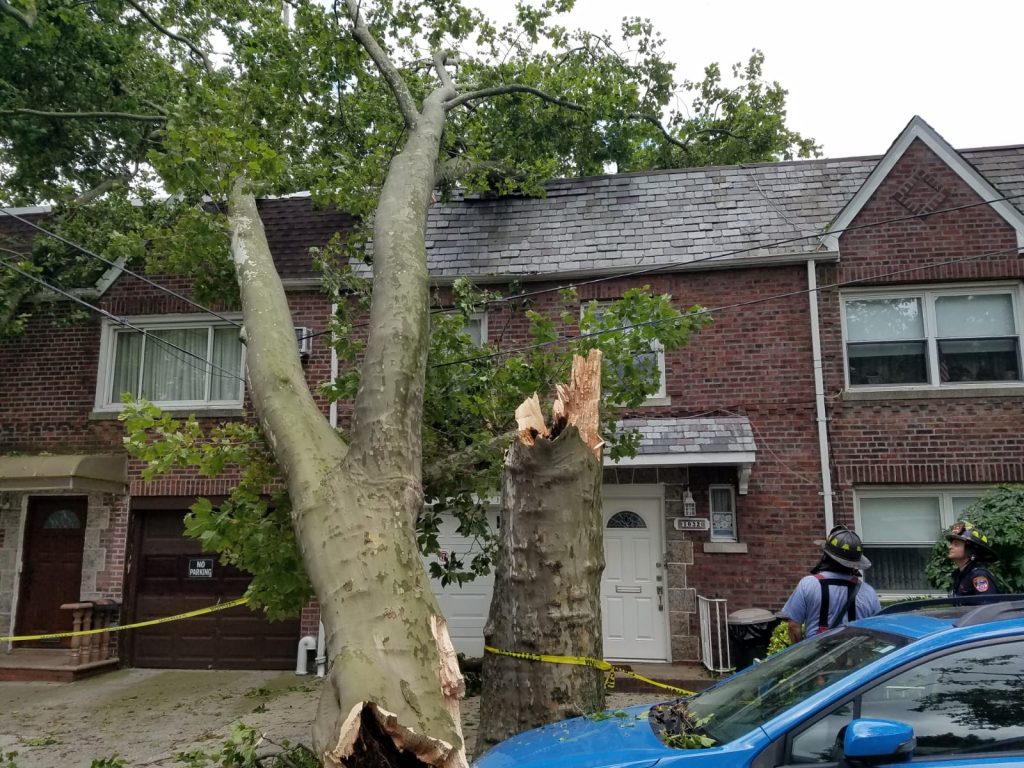 Tuesday afternoon’s storm, with its powerful winds, down trees in several locations in Midwood.

East 16th Street between Ave J and Ave K was completely blocked, with a tree uprooted and leaning on a house. A pole supporting electric wires was snapped by the fierce winds, knocking out electric power to the block.

On the corner of East 21st Street and Avenue J, a relatively young tree was uprooted, blocking the foot traffic in front of Khal Bais Avraham of Harav Benzion Halberstam.

A large tree on the corner of Ave K and East 7th Street was also uprooted, despite its young age and good health.