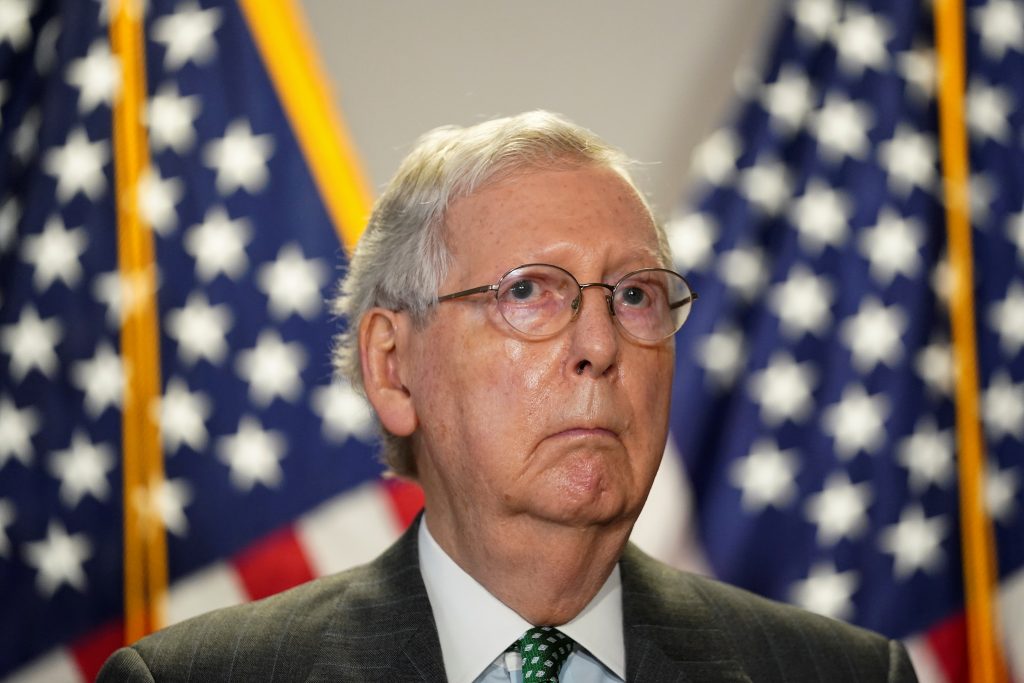 Another potentially large coronavirus aid bill will move through the U.S. Senate in late July, Senate majority leader Mitch McConnell and other Republicans predicted on Tuesday.

Without providing details of a bill still being crafted, McConnell said “basic protections” provided by federal unemployment insurance should be included, but indicated they would not be as generous as those in pandemic-related legislation enacted earlier this year.

“To have the basic protections of unemployment insurance is extremely important and should be continued,” McConnell told reporters.

But the huge coronavirus stimulus bill enacted in late March contained “a mistake” by paying “people a bonus not to go back to work,” he said. McConnell was referring to a provision that paid an extra benefit that topped the wages earned by some workers before the pandemic hit and shuttered businesses.

McConnell has said he is putting together legislation that would protect businesses, non-profits, schools and other enterprises from liability lawsuits as they re-open amid the coronavirus pandemic.

The Democratic-controlled House of Representatives, weeks ago, approved a $3 trillion bill continuing federal unemployment benefits and direct payments, along with a range of other support, such as emergency aid to state and local governments.

McConnell has refused to consider that measure and has repeatedly said he would put together his own bill.