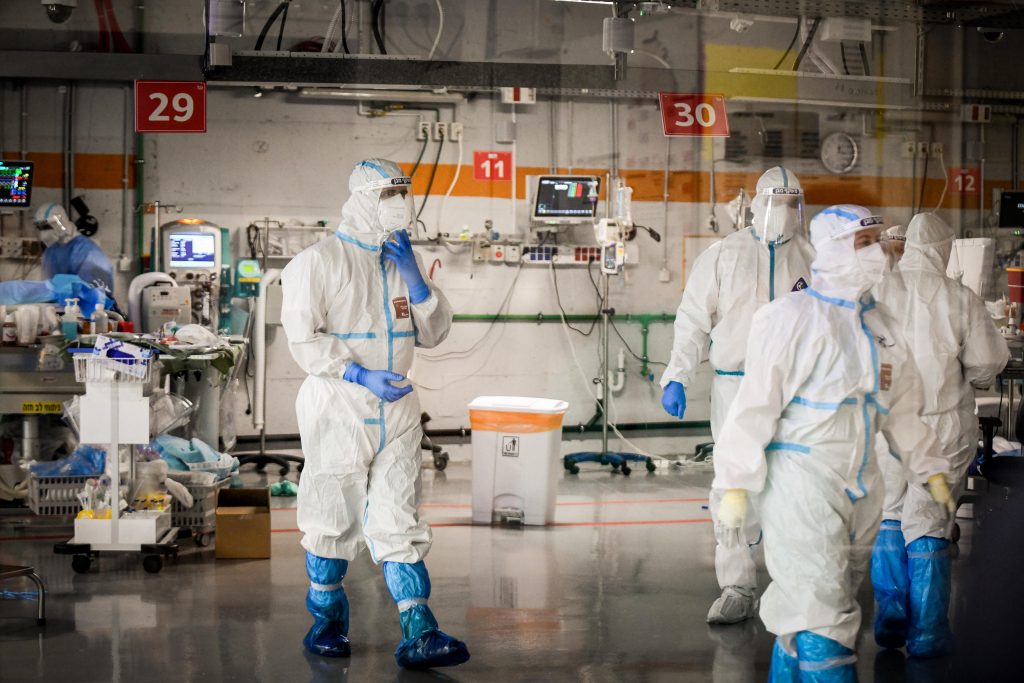 Unable to stem the coronavirus surge so far, Health Ministry officials were preparing recommendations for total lockdown of ten cities, including Kiryat Gat, Ashdod, Ramle and Dimona, according to media reports on Tuesday.

The restrictions would be more onerous than the so-called “breathing closures” currently in place in some areas, which still largely allows movement in and out of them, and applies to neighborhoods rather than entire municipalities.

The decision was not finalized, and some officials in the Ministry were said to be opposed to such sweeping closures, according to Channel 12. There is said to be disagreement about interpretation of data on the spread of the coronavirus.

“I held several consultations with the Minister of Health and with the National Security Council, because the virus is spreading,” said Prime Minister Binyamin Netanyahu on Tuesday.

“We see it in the world. It is spreading worldwide and, unfortunately, in Israel, too. We are calling for action: On the one hand, to stop its spread, and on the other to allow economic activity, which I discuss with the Finance Minister several times per day.”

The Health Ministry said on Tuesday evening that 765 new infections were reported over the last 24 hours, continuing an upward trajectory that has experts worried.

The figure equals the second-highest 24-hour count since the start of the pandemic.

The number of patients in serious condition is up to 52, six more than the previous update earlier in the day, though the number of people on ventilators remained at 24.

The death toll remains at 320.