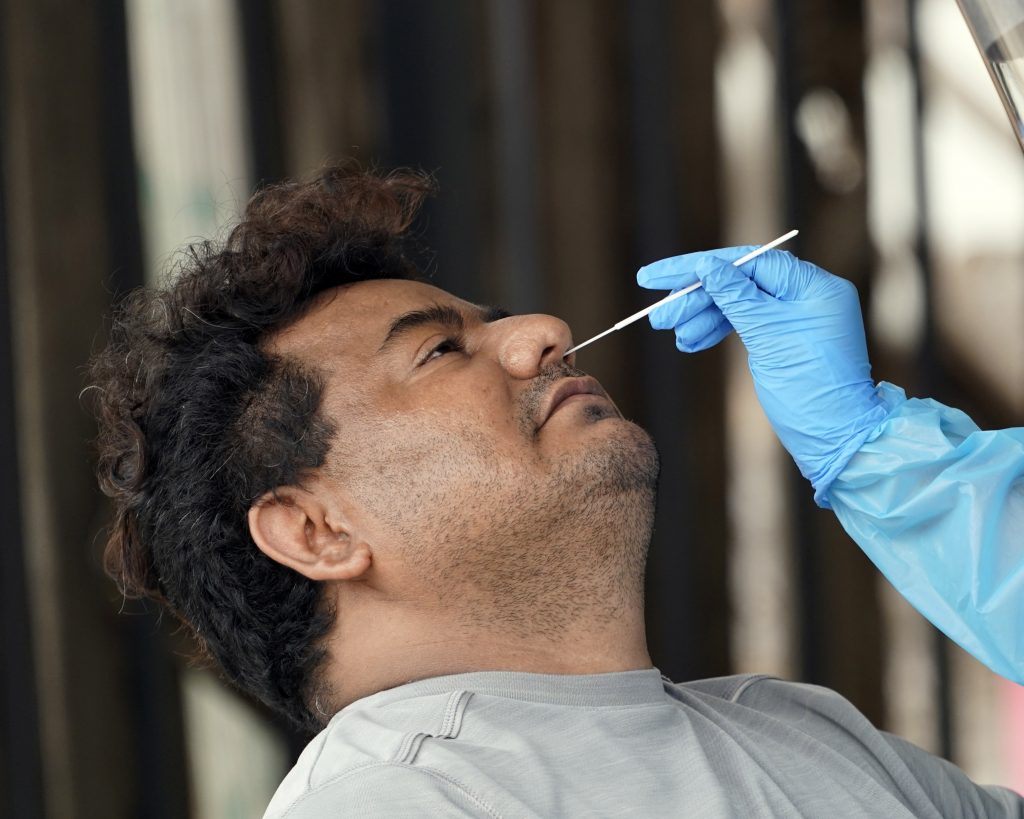 The nation’s top health officials are banking on a new approach to dramatically boost U.S. screening for the coronavirus: combining test samples in batches instead of running them one by one.

The potential benefits include stretching laboratory supplies, reducing costs and expanding testing to millions more Americans who may unknowingly be spreading the virus. Health officials think infected people who aren’t showing symptoms are largely responsible for the rising number of cases across more than half of states.

“Pooling would give us the capacity to go from a half-a-million tests per day to potentially 5 million individuals tested per day,” Dr. Deborah Birx, the White House’s coronavirus response coordinator, told a recent meeting of laboratory experts.

For now, federal health regulators have not cleared any labs or test maker to use the technique. The Food and Drug Administration issued guidelines for test makers in mid-June and wants each to first show that mixing samples doesn’t reduce accuracy, one of the potential downsides.

So it’s not clear when pooled testing may be available for mass screenings at schools and businesses.

The principle is simple: Instead of running each person’s test individually, laboratories would combine parts of nasal swab samples from several people and test them together. A negative result would clear everyone in the batch. A positive result would require each sample to be individually retested. Pooling works best with lab-run tests, which take hours — not the much quicker individual tests used in clinics or doctor’s offices.

The idea for pooling dates from World War II, when it was considered for quickly screening blood samples from U.S. draftees. Since then it has been adopted to screen blood samples for hepatitis and other diseases. And developing countries have used pooled samples to stretch testing supplies.

China reported using the approach as part of a recent campaign to test all 11 million residents of Wuhan, the city where the virus first emerged late last year.

“Americans think this is some new concept because ordinarily we don’t have this challenge of having to stretch testing capacity,” said Darius Lakdawalla, a health economist at the University of Southern California.

Lakdawalla and colleagues estimate that pooled testing could save schools and businesses between 50% and 70% on costs. Under their model, a group of 100 employees could be divided into 20 batches of five people. Assuming 5% of people carry the virus, only five pools would test positive, requiring individual testing. Ultimately, 45 tests would be needed for the pooled approach, versus 100 individual tests.

But pooling won’t always be the best option. Importantly, it won’t save time or resources when used in COVID-19 hot spots, such as an outbreak at a nursing home. That’s because the logistical and financial benefits of pooling only add up when a small number of pools test positive.

Experts generally recommend the technique when fewer than 10% of people are expected to test positive. About 7% of U.S. tests have been positive for the virus in the past week, according to an AP analysis, though rates vary widely from place to place. For example, pooling would not be cost-effective in Arizona, where a surge has pushed positive test results to over 22%. But the approach could make sense in New Jersey, with a positivity rate under 2%.

Nebraska’s state health laboratory used batch testing with special permission from the governor and the FDA beginning in March. The lab’s director said they had to stop several weeks ago when their positive rate jumped to 17% with outbreaks at meatpacking plants.

“It’s a really good tool. It can be used in any of a number of circumstances, including at the community level or even in schools,” Dr. Anthony Fauci, the nation’s top infectious-disease expert, told a Senate hearing Tuesday.

Still, health officials may have to convince some key players to adopt the method. LabCorp, one of the nation’s biggest testing chains, said in an email that it is familiar with pooled testing but currently believes “individual patient testing is the most effective and efficient way” to screen for COVID-19.

Dr. Colleen Kraft of Emory University worries that batched testing — with its multiple rounds of screening for some patients — could slow test results, a key factor for getting those infected into quarantine.

“If you are trying to do something rapid, this actually prolongs the turnaround time,” Kraft said.

She and others also have concerns about accuracy, since test performance tends to drop when screening in larger groups of people where the targeted disease is less common.

“If we can’t trust the test results then there’s no point in doing the test,” said Jennifer Nuzzo, of the Johns Hopkins University’s Covid-19 Testing Insights Initiative.