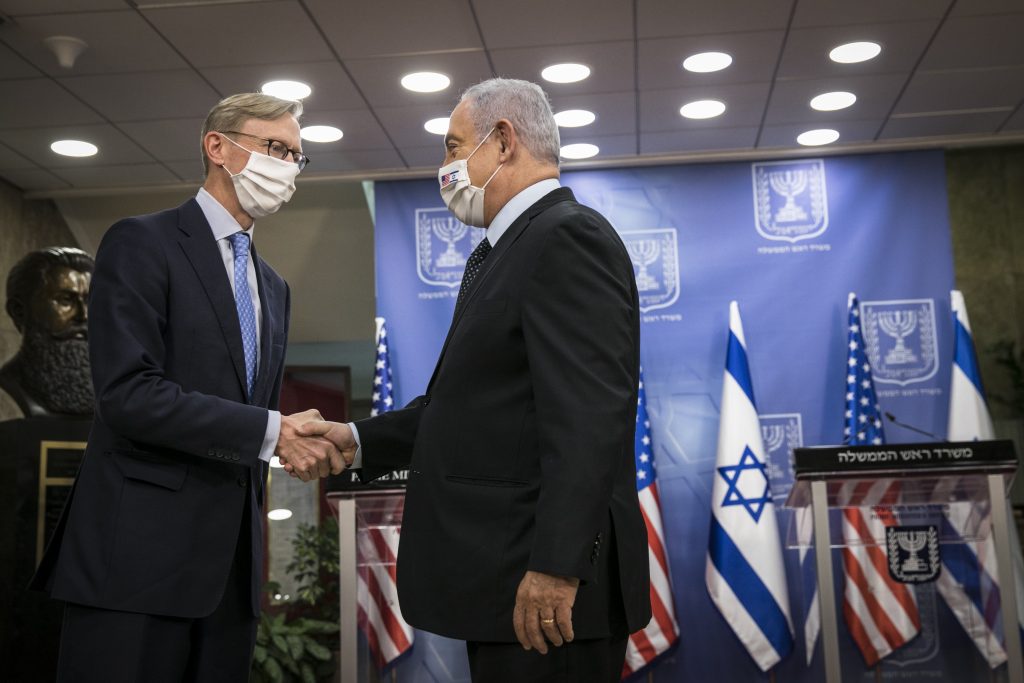 Israeli Prime Minister Binyamin Netanyahu‏‏ has held countless photo-ops over the years and is as practiced at it as anybody on the planet, but even he is challenged by pandemic optics.

Netanyahu apologized on Tuesday after a faux pas in a meeting with U.S. diplomat Brian Hook, after he shook the latter’s hand, a breach of health protocols. Hook reciprocated in the handshake, but Netanyahu was the initiator, according to Channel 12.

Both were wearing face masks, which they then removed.

According to the report, Netanyahu told Hook in private that it was his mistake, but had gotten carried away because the two got along so well.

Despite Tuesday’s slip-up, Netanyahu has been noted for complying with Health Ministry regulations, more than some members of the Knesset, who were rebuked not long ago by Health Minister Yuli Edelstein for flouting the rules.

Netanyahu stopped shaking people’s hands back in February, before virtually anyone else in public life, and soon after urged all Israelis to do the same.