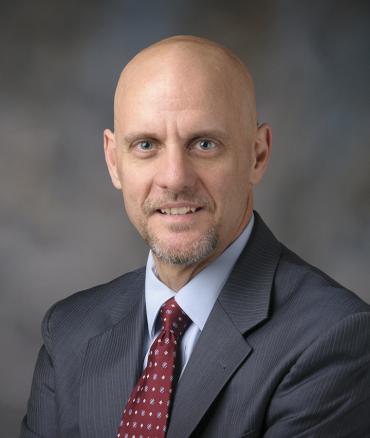 The Food and Drug Administration said Tuesday that to win regulatory approval, any covid-19 vaccine will have to prevent disease, or decrease its severity, in at least 50% of the people who receive it.

The agency also said it would require drug companies to monitor the vaccine’s performance after approval for any emerging safety problems.

The agency issued the guidance for vaccine developers in conjunction with testimony by FDA Commissioner Stephen Hahn and other health officials before the Senate Health, Education, Labor and Pensions Committee on how schools and businesses can safely re-open amid the pandemic.

The standards apply to full approvals. But the agency didn’t rule out temporary approvals, called emergency use authorizations, which typically are based on less stringent requirements. The guidance said any decision on an emergency authorization would be made “on a case-by-case basis considering the target population, the characteristics of the product” and the available evidence, including clinical trial data on safety and effectiveness.

Hahn told the committee the FDA will expect developers to include a broad swath of patients, including the elderly and minorities, in any studies about potential vaccines.

Paul Offit, chief of the division of infectious diseases at the Children’s Hospital of Philadelphia, called the guidelines “generally reassuring because the FDA said it wouldn’t approve a vaccine unless it was effective.”

Hahn said the public should be assured the agency has “not lost sight” of the importance of making independent regulatory decisions based on sound science and data. He said the FDA is committed to expedite a covid-19 vaccine, but “will not cut corners in our decision-making.”

The Wall Street Journal first reported on the issuance of the FDA guidance.

For comparison purposes with the FDA’s goal for a coronavirus vaccine, the effectiveness of the seasonal flu vaccine ranges from 40 to 60% when the vaccine is similar to circulating flu viruses, according to the Centers for Disease Control and Prevention. Effectiveness is defined as reducing the risk of having to go to the doctor. The effectiveness of last year’s vaccine was 39%, according to CDC data recently released.

Two doses of the measles, mumps and rubella vaccine are about 97% effective at preventing measles, according to the CDC.

The 50% requirement for approval of a covid-19 vaccine got mixed reviews. Peter Hotez, a vaccine expert at the Baylor College of Medicine, said that the 50% figure was “a realistic goal but not a very high bar.” He said it probably reflected the FDA’s realization that the first vaccines likely to emerge “will be, at best, partially effective.”

He anticipated that better vaccines are likely to follow. “Our first vaccine won’t be our best,” he said. Offit said he hoped a vaccine would be close to 70 or 75% effectiveness. “I would hope we could do better than 50%,” he said.

But Stephen Ostroff, former acting FDA commissioner, said he thought the 50% figure was too high. “A vaccine that has efficacy of less than 50% may still be very beneficial for people at high risk of developing the disease,” he said.

Considering that the virus “is rampaging through a lot of parts of the United States, I would certainly consider a vaccine with less than 50% efficacy,” he said.

Hahn also said he was “optimistic” that more than one treatment for covid-19 will be available this fall. Currently, only remdesivir, an antiviral drug, has been authorized by the FDA for treating the disease. Dexamethasone, an already approved steroid, has also been shown helpful in treating covid-19 patients on ventilators, and has been recommended for some patients by the Infectious Diseases Society of America.

Anthony Fauci, director of the National Institute of Allergy and Infectious Diseases, said in his statement that the institute is studying the rates of transmission of the virus among children — a critical issue as schools attempt to open this fall. On vaccines, he said several candidates are being studied and “hopefully there will be doses available by the beginning of next year.”