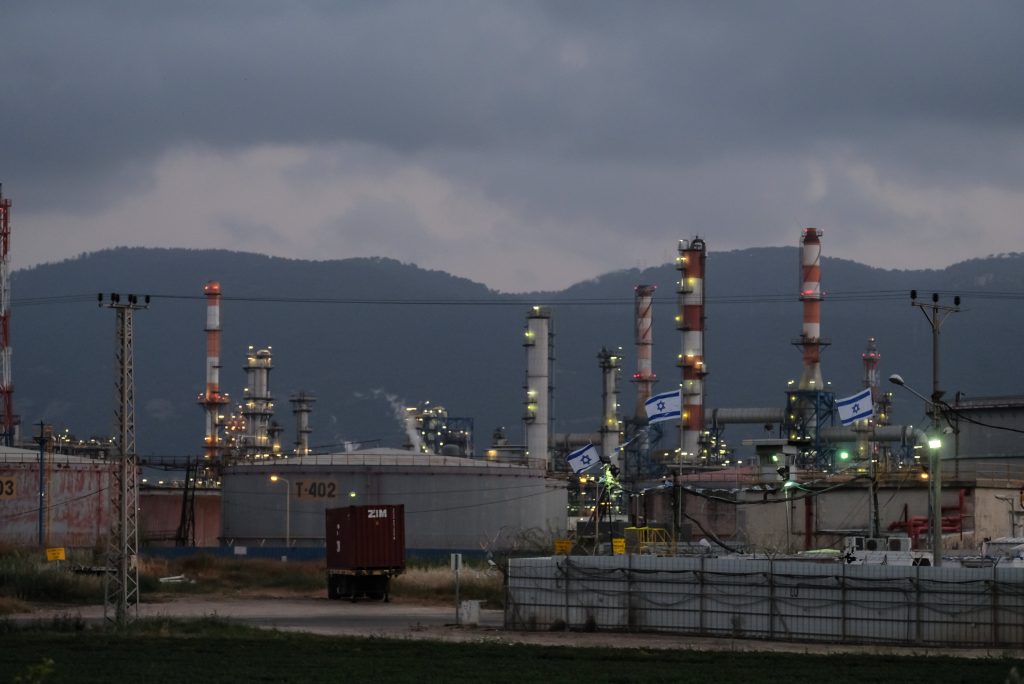 The government has decided to move against a major polluter in Haifa Bay to make way for an environmentally-friendly high-tech development, The Times of Israel reported on Monday.

Avi Simhon, the head of the National Economic Council, which advises the prime minister, announced that the Bazan oil refineries will have to shut down within five years, a decision that comes after many years of public protests citing air pollution and above-average incidences of cancer and respiratory disease in the area.

Environmental Protection Minister Gila Gamliel said at a meeting of the Knesset Internal Affairs and Environment Committee that she intends to bring the matter for cabinet approval in the coming months, when she hopes a definite date will be set for closing the refineries.

Gamliel acknowledge that shutdown could not be accomplished overnight. It will take time to find alternative employment for about 4,900 Bazan workers, and storage for the refined products that would be imported after Bazan closed, she said.

In the meantime, she pledged, stricter enforcement of pollution regulations at the refineries.

Israel Chemicals, the Ofer family holding company that owns Bazan, declined to comment at this time.