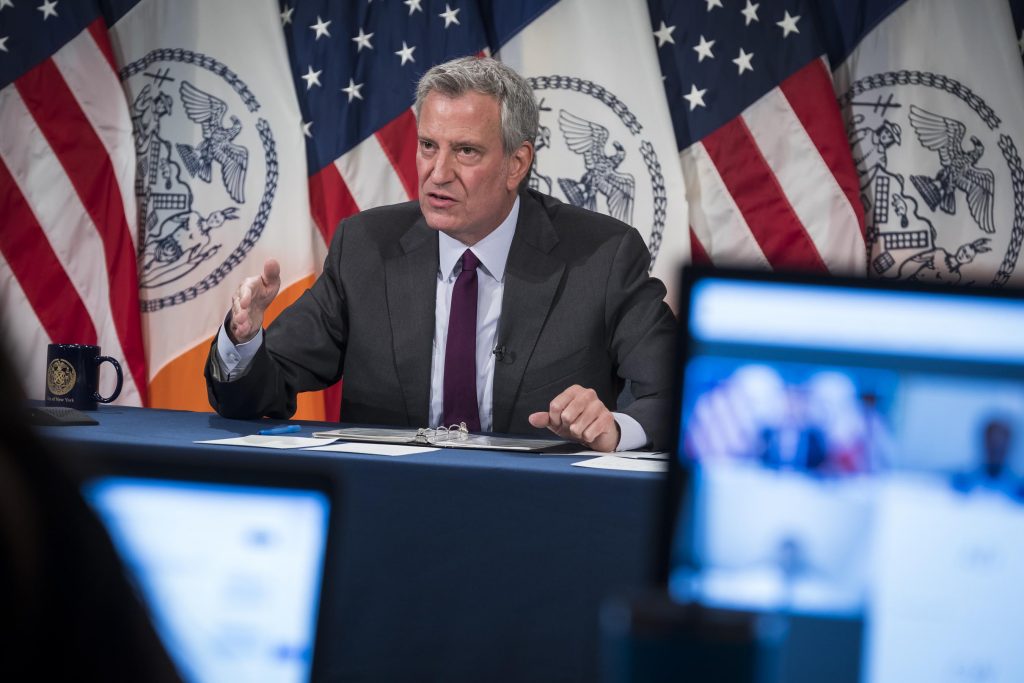 The police budget in New York City would be slashed by $1 billion under a proposal announced Monday by Mayor Bill de Blasio.

With a “defund the police” sit-in protest continuing outside City Hall, de Blasio said the New York Police Department had found ways to find the cuts from its current $6 billion budget that would open up more funding for youth and other community programs.

At a news briefing, the mayor declined to discuss the sources of what he called “savings” for the nation’s largest police department, saying the cuts are still under negotiation in the council. But he indicated they could come out of deferment of spending on capital projects and could relate to the department’s role in policing schools.

“The NYPD did a [very] good job in saying, ‘Ok, here’s a bunch of things we could do while still keeping this city safe,” he said. “We need to redistribute revenue to communities that need it the most. We know our young people are hurting.”

A message was left with the NYPD seeking comment on the mayor’s remarks.

Hundreds of demonstrators have been camped out in City Hall Park and demanding police defunding following weeks of protests over the death of George Floyd and other Black Americans killed by law enforcement. Organizers have called it “Occupy City Hall” — a nod to the 2011 Occupy Wall Street movement a few blocks away in Zuccotti Park.

City agencies across the board are dealing with the possibility of big cuts due to a huge loss in revenue caused by coronavirus shutdowns.