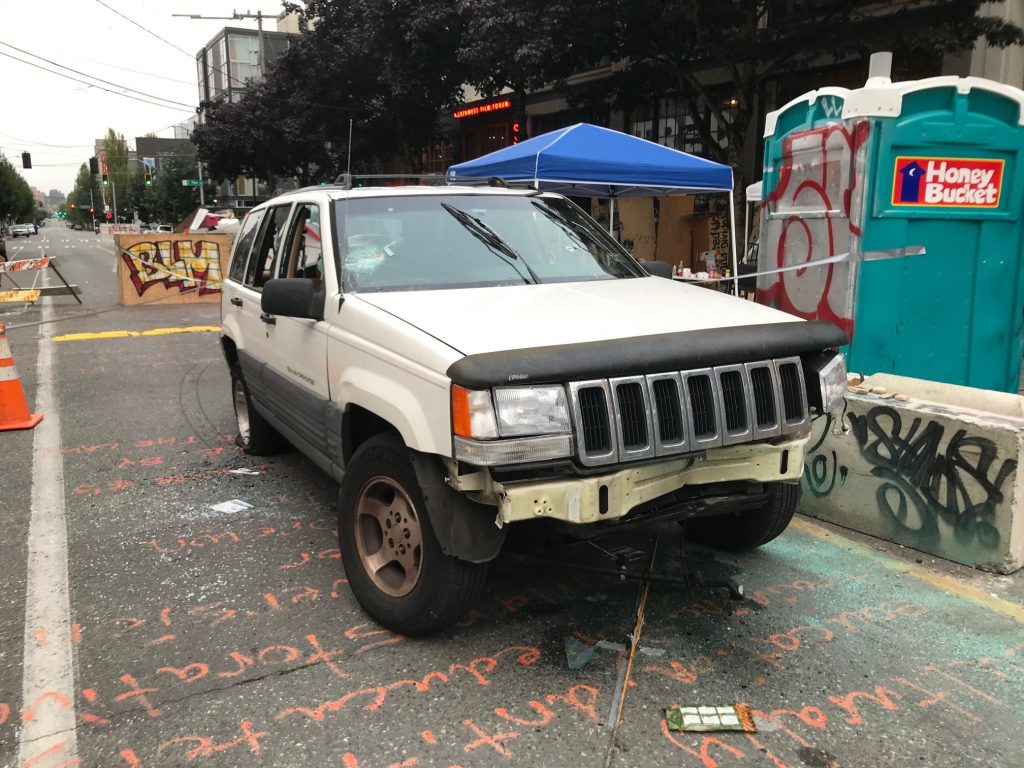 A 16-year-old boy was killed and a younger teenager was wounded early Monday in Seattle’s “occupied” protest zone — the second deadly shooting in the area that local officials have vowed to change after business complaints and criticism from President Donald Trump.

The violence that came just over a week after another shooting in the zone left one person dead and another wounded was “dangerous and unacceptable” police Chief Carmen Best said.

“Enough is enough,” Best told reporters. “We need to be able to get back into the area.”

Demonstrators have occupied several blocks around the Seattle Police Department’s East Precinct and a park for about two weeks after police abandoned the precinct following standoffs and clashes with protesters calling for racial justice and an end to police brutality.

Witnesses reported seeing a white Jeep SUV near one of the makeshift barriers around the protest zone about 3 a.m. Monday, just before the shooting, a police statement said.

Callers to 911 said several people fired shots into the vehicle. Police said that two people who were probably the occupants of the vehicle were transported to a local hospital.

The 16-year-old was pronounced dead at Harborview Medical Center, police said. The second victim, a 14-year-old boy, was hospitalized with gunshot injuries. He was reported in critical condition.

“Detectives searched the Jeep for evidence, but it was clear the crime scene had been disturbed,” the police statement said.

Best said the shootings are obscuring the message of racial justice that protesters say they are promoting.

“Two African American men are dead, at a place where they claim to be working for Black Lives Matter. But they’re gone, they’re dead now,” the police chief said.

Mayor Jenny Durkan said last week that the city would start trying to dismantle what has been named the “Capitol Hill Organized Protest” area. City workers on Friday tried to remove makeshift barriers erected around the area but stopped their work after demonstrators objected.

The business owners said they were not trying to undermine the protesters’ anti-police-brutality and Black Lives Matter messages.

But the owners said they have suffered because the creation of the zone has limited their access to their businesses and that some owners trying to clean graffiti from their storefronts or attempting to photograph protesters have been threatened.

Trump has repeatedly criticized the Seattle protest area, as well as city and state leaders. He tweeted Monday morning that the protesters “have ZERO respect for Government.”

Some demonstrators in the occupied zone say the demonstration isn’t the reason for the shootings.

“The bloodshed you’re talking about has nothing to do with the movement,” Antwan Bolar, 43, told The Seattle Times. “That’s people who would have been doing it in North Seattle or South Seattle anyways — it’s just concentrated here.”