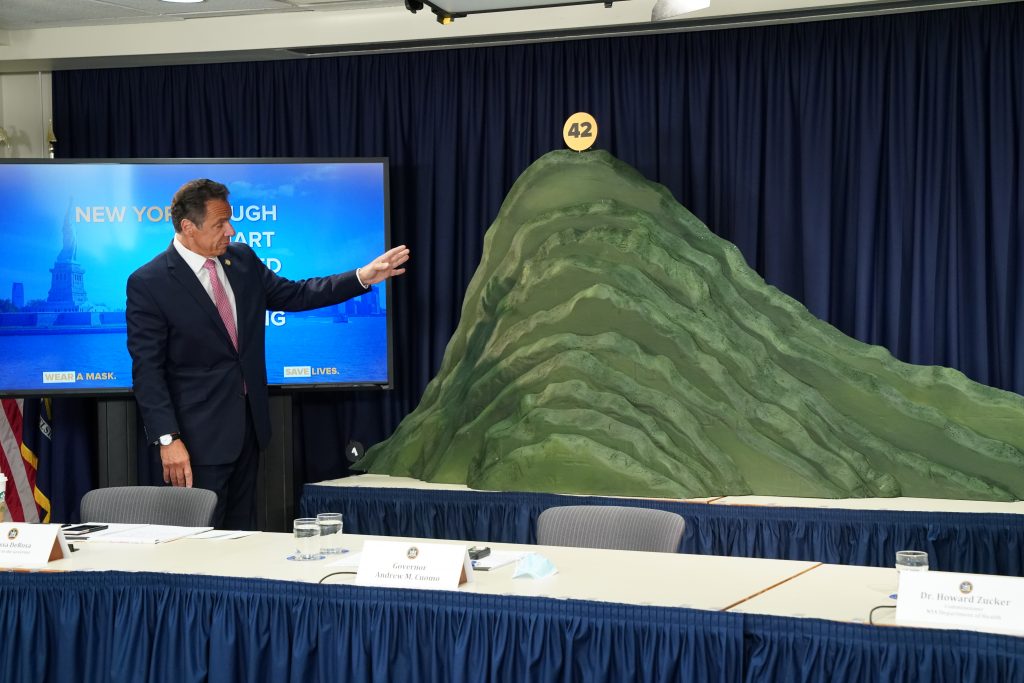 New York’s Gov. Andrew Cuomo on Monday called on President Donald Trump to sign an executive order requiring people to wear a mask in public and to “lead by example” by wearing one himself.

“We did it two months ago in this state,” said Cuomo, a Democrat, adding that other states that initially resisted mask mandates are now requiring them. “Let the president have the same sense to do that as an executive order and then let the president lead by example and let the president put a mask on it, because we know it works.”

The Centers for Disease Control and Prevention recommends that people wear cloth face coverings in public settings where social distancing is difficult. Trump has said mask-wearing was fine, but not for him.

“Outdoor dining has worked very well,” Cuomo said, but indoor dining has been shown to be “problematic” in other states. He said state officials will consult with restaurant owners and make a decision on Wednesday. Indoor dining is allowed in other parts of the state that are further along with reopening.

Mayor Bill de Blasio has said the city was on track to allow indoor dining with limited capacity beginning July 6 as part of the next phase of reopening.

Meanwhile, Cuomo said high-efficiency HEPA filters that can block the virus will be required in the air conditioning systems at any malls that reopen and will be recommended for other businesses.

Cuomo said there were seven COVID-19 deaths on Sunday and 853 people hospitalized, the lowest since the pandemic hit the state. He called on local officials to enforce mask-wearing and social distancing rules, noting a lack of compliance seen on street corners and outside bars around New York City.