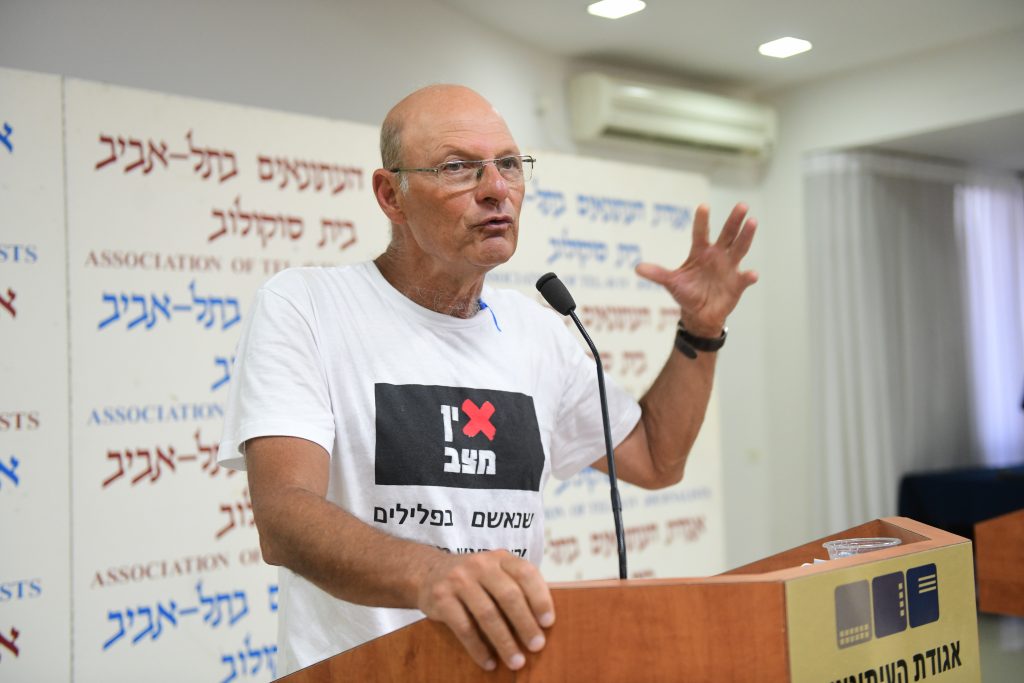 Hundreds of Israelis protested on Motzoei Shabbos against Binyamin Netanyahu outside his Yerushalayim residence as the Israeli Prime Minister faces corruption charges.

The demonstration was fueled by the detention of seven protesters Friday who held a smaller rally against Netanyahu’s continuation as premier despite being under indictment. The demonstrators held banners describing Netanyahu as “crime minister.”

Among the seven detainees was a former top Israeli Air Force general. Israeli police said the earlier protest was “illegal” because demonstrators blocked the roads.

Three of the protesters, including retired Brig. Gen. Amir Haskel, remained in detention for refusing the police’s release terms and insisting on participating in the second protest, Israeli media reported.

At a press conference on Sunday, Haskel defended his actions.

“A red line was crossed on Friday that should not have been crossed, and the goal was to silence the protest against the indicted Binyamin Netanyahu,” Haskel said, according to The Jerusalem Post. “If my arrest and that of two more friends ignited a fire, the price was worth it.”

He said the protests would continue, including the erection of a protest tent in Tel Aviv, to demand the Prime Minister’s resignation.

“In the last week, we have seen how busy Netanyahu is in milking money from the public instead of helping the citizens of the state,” he said, referring to Netanyahu’s request for hundreds of thousands of shekels in retroactive tax refunds from the Knesset Finance Committee. Netanyahu’s lawyers explained that he was only asking for what he was entitled to under the law. The Finance Committee approved the request.