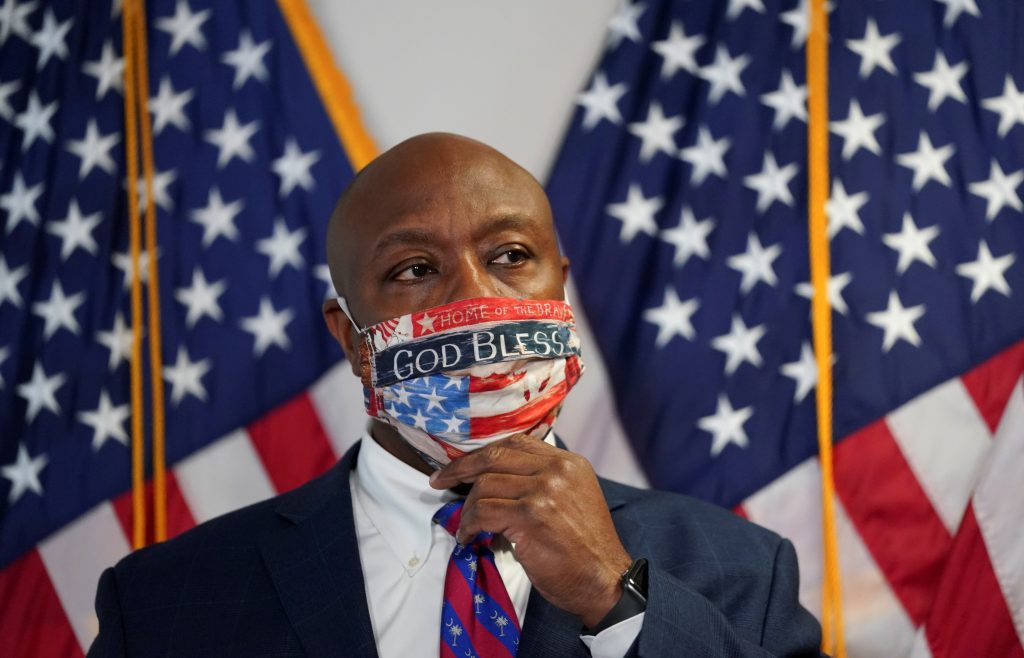 U.S. lawmakers will try this week to revive efforts to enact police reform legislation in Congress, a Republican senator said on Sunday, after moves to address police misconduct following the death of George Floyd deteriorated into partisan bickering.

Senator Tim Scott, the only Black Republican in the Senate and author of a Republican reform bill that Democrats blocked last week, said he will meet in coming days with lawmakers who crafted sweeping Democratic legislation that passed the House of Representatives last Thursday.

Scott suggested common ground on a Democratic provision to eliminate legal immunity protections for police, which has been a major stumbling block.

“If there is a path forward, we should find it,” Scott told CNN program.

But efforts to forge a legislative agreement in Congress have been hamstrung by a political shouting match between Democrats and Republicans, including President Donald Trump, who stirred fresh consternation on Sunday by retweeting a video in which one of his supporters shouted, “White power!” The video was later deleted from Trump’s feed.

Scott said he spoke over the weekend to Representative Karen Bass, chairwoman of the Congressional Black Caucus, a group of more than 50 Black legislators who crafted the Democratic bill, ahead of this week’s expected talks.

Scott and other Republicans oppose a Democratic proposal to allow victims of misconduct to sue police for financial damages, saying it would have a chilling effect on law enforcement. But Scott said he would be willing to consider legislation allowing victims to sue municipalities, counties and states. “There’s a way to do so,” he told CBS’ “Face the Nation” program.