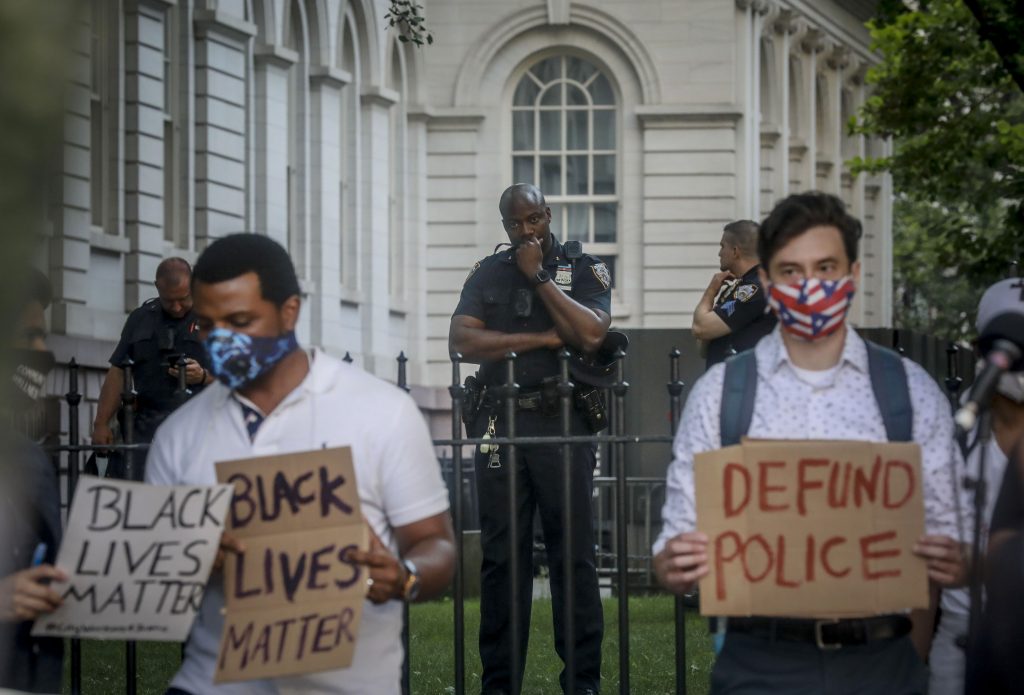 The encampment in City Hall Park in lower Manhattan began forming earlier this week following weeks of street protests sparked by the death of George Floyd and other Black Americans killed by law enforcement. The protesters are part of a national “defund the police” movement seeking more spending on other needs like housing and education.

Demonstrators are demanding that the City Council cut at least $1 billion in from the police department’s current $6 billion budget when it begins considering a new city budget next week. Organizers have called it “Occupy City Hall” — a nod to the 2010 Occupy Wall Street movement a few blocks away in Zuccotti Park.

Police officials warned the budget cut would come at a time when the city has seen a surge in shootings during the first three weeks in June. Mayor Bill de Blasio has committed to reducing the police budget but hasn’t said by how much.