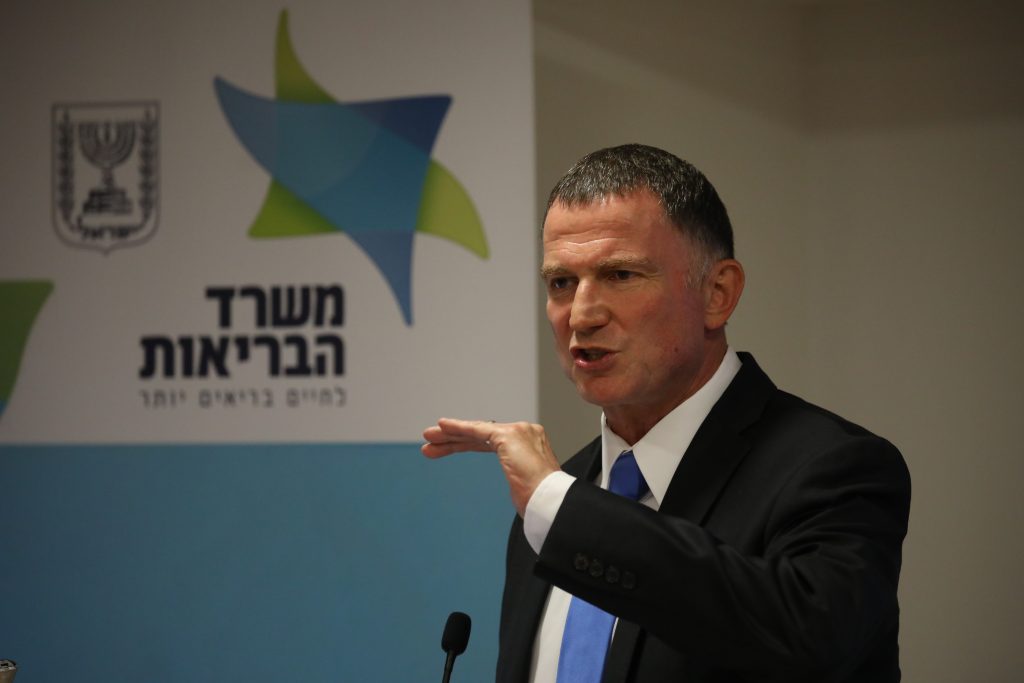 Government ministers are split over the proper response to the apparent second wave of coronavirus, with health officials pressing for renewed restrictions while others in the Coronavirus Cabinet are resisting, citing the economic crisis, according to leaks reported in the Israeli media on Sunday.

Health Ministry Director-General Chezy Levy faced a ministerial wall of opposition to recommendations to limit public gatherings, including a reduction of the permitted number of wedding participants from 250 to 50.

“If the current trend continues without drastic measures, we will lose control of the pandemic and there will be hundreds of dead,” Levy was quoted as saying.

Interior Minister Rabbi Aryeh Deri reportedly branded them as “excessive demands … No further steps are needed. You have to learn to live with the coronavirus.”

Science Minister Izhar Shay reportedly interrupted Levy’s presentation at one point, saying, “We are being dragged into irrational decisions. The data processing is lacking.”

Health officials showed that they were not oblivious to the economic situation. Prof. Itamar Grotto, deputy director general of the Ministry of Health, said Sunday morning on Army Radio that “a general shutdown is currently out of the question; many steps can be taken to prevent it.”

Education Minister Yoav Gallant was quoted as objecting to a proposal to limit summer campers: “I serve the country by allowing one million children to be responsibly supervised while parents go to work,” he reportedly said.

Health Minister Yuli Edelstein reportedly said, “I ask that ministers not only say ‘no’ but also offer alternatives.”

Gallant was asked to present a plan on Monday that would allow the camps to operate safely without a return to small groups.

The issue of restrictions on gatherings was left for further deliberation on Monday.

However, Prime Minister Binyamin Netanyahu ordered that contact tracing of coronavirus patients be reduced to 48 hours, and virus testing — from when a request is filed until results are completed — to 12 hours, to break chains of infection.

In addition, the Prime Minister’s Office said that the Cabinet discussed the possibility of reducing public sector work to 30 percent from home as well as increasing enforcement.

At a press briefing on Sunday, Edelstein said the seriousness of COVID-19 should not be underestimated. “This isn’t just flu — this is coronavirus. It’s dangerous to be a populist right now. I’m not willing to engage with people who say, ‘What are you causing all this panic for? So what if a few old people die.””

Edelstein condemned what he described as a “populist competition” to downplay the severity of the virus.

“Anyone saying such a thing should imagine to himself that it’s his own grandfather or grandmother he’s talking about,” he stated.

Meanwhile, a person who rode a train last week tested positive for the coronavirus, in what appears to be the first such case since Israel Railways resumed service last week after a three-month shutdown.

According to the Health Ministry, the man got on a train on Monday, opening day, in the southern city of Be’er Sheva on June 22 at 3:30 p.m., and disembarked in Sderot at 4:30 p.m.