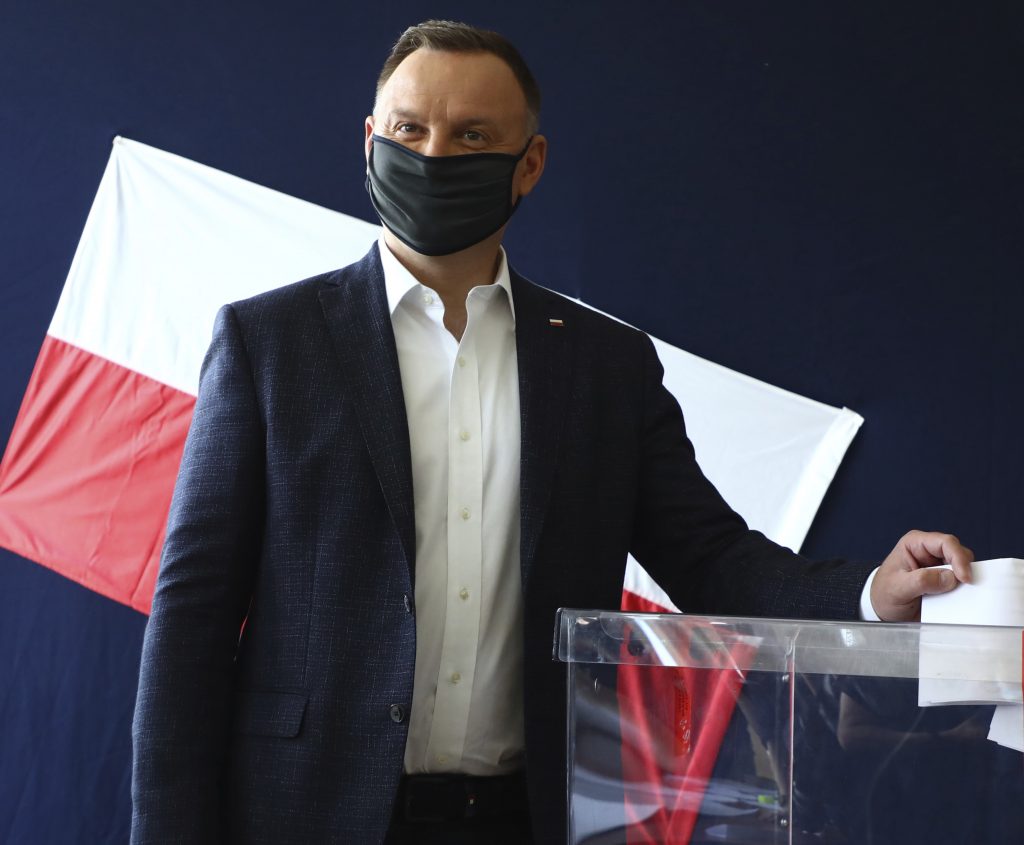 An exit poll shows the conservative Polish president, Andrzej Duda, with the most votes in Poland’s presidential election on Sunday, but short of the 50% required for an outright win in the first round.

If the poll is confirmed by official results, Duda will face centrist Warsaw Mayor Rafal Trzaskowski in a runoff on July 12.

According to the projection by the Ipsos polling firm, Duda won 41.8% and Trzaskowski 30.4% in Sunday’s vote. The poll has a margin of error of plus or minus 2 percentage points.

Poland’s state electoral commission has said it would release the final official results by Wednesday evening.

Whether Duda ultimately wins a second five-year term in two weeks’ time will determine whether the ruling nationalist party that backs him, Law and Justice, keeps its near-monopoly on political power in Poland.

The party has been in conflict with the European Union over laws that have given it control over top courts and key judicial bodies, something the 27-nation bloc has denounced as an erosion of democratic European values.