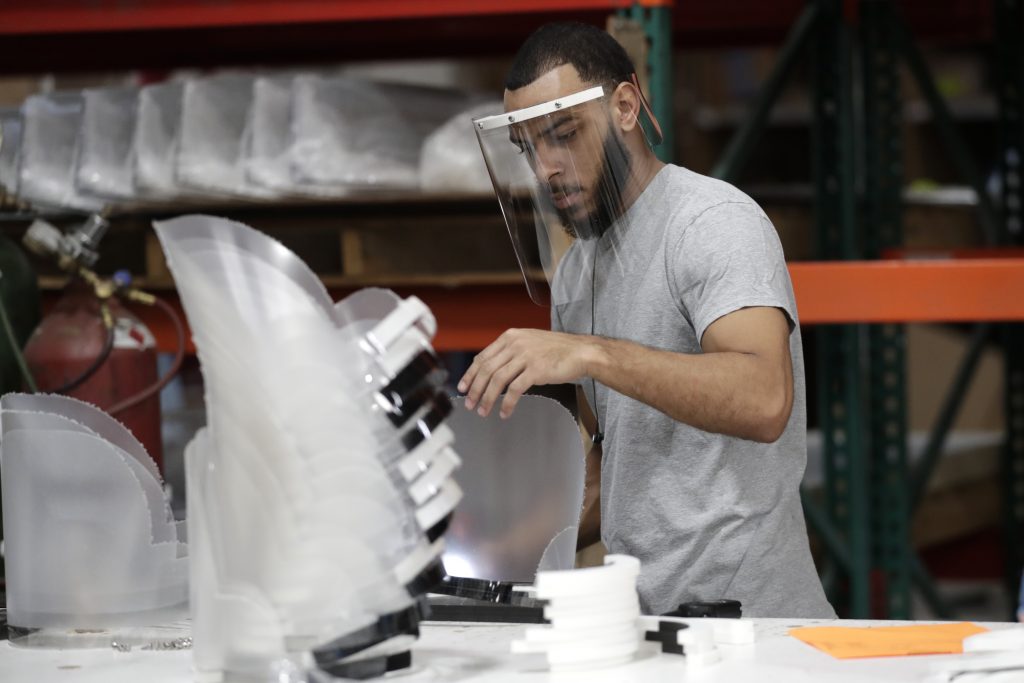 California Gov. Gavin Newsom has ordered bars that have opened in seven counties to immediately close.

Newsom is urging bars in eight other counties to do the same, saying the coronavirus is rapidly spreading in some parts of the state.

Hutchinson told CNN on Sunday that he’s “not going to pass a mandate that is unenforceable.”

He added that residents will be educated about the importance of face coverings to protect others.

PHOENIX — Arizona health officials reported 3,858 more confirmed coronavirus cases on Sunday, the most reported in a single day in the state so far.

It was also the seventh time in the last 10 days that daily cases surpassed the 3,000 mark.

WASHINGTON — Health and Human Services Secretary Alex Azar says President Donald Trump’s “unique” circumstances are why he doesn’t wear a mask even as the government is urging people to do so.

Addressing spikes in reported coronavirus cases in some states, Azar said people “have to take ownership” of their own behaviors by social distancing and wearing masks if possible.

He says Trump doesn’t have to follow his own administration’s guidance because as a leader of the free world he’s tested regularly and is in “very different circumstances than the rest of us.”

Azar declined to say whether he’s ever asked Trump to wear a mask. He told CNN and NBC that his own message to the people is to take precautions for “public health.”

ANNAPOLIS, Md. — A Maryland man who has helped organize “re-open” protests against measures intended to slow the spread of the coronavirus says he has the virus.

Tim Walters is a co-founder of the ReOpen Maryland movement. The Capital Gazette and Washington Post report that he announced on social media that he has tested positive.

In a social media video, he said he was diagnosed at a hospital emergency room. The newspapers report that he said, “Here I am, months after not wearing a mask at rallies, churches and so on and so it’s funny how capricious this thing is.”

Walters declined interview requests from the papers. He said he would not provide any information to public health officials trying to trace the spread of the disease. Walters emphasized he had contacted people he’d recently interacted with.

WASHINGTON — Health and Human Services Secretary Alex Azar is stressing that “the window is closing” for the U.S. to take action to effectively curb the coronavirus.

Azar pointed to a recent spike in infections, particularly in the South. He says people have “to act responsibly” by social distancing and wearing face masks, especially “in these hot zones.”

Azar argued that the U.S. is in a better position than two months ago in fighting the virus because it is conducting more testing and has therapeutics available to treat COVID-19.

But he acknowledges that hospitalizations and deaths could increase in the next few weeks because it is a lagging indicator.

Texas and Florida reversed course on parts of their re-opening and clamped down on bars on Friday as the daily number of confirmed coronavirus infections in the U.S. surged to an all-time high of 40,000.

Azar spoke on NBC and CNN.