Israel Report: Likud Pushing for Gantz to Become President Instead of PM
Israel 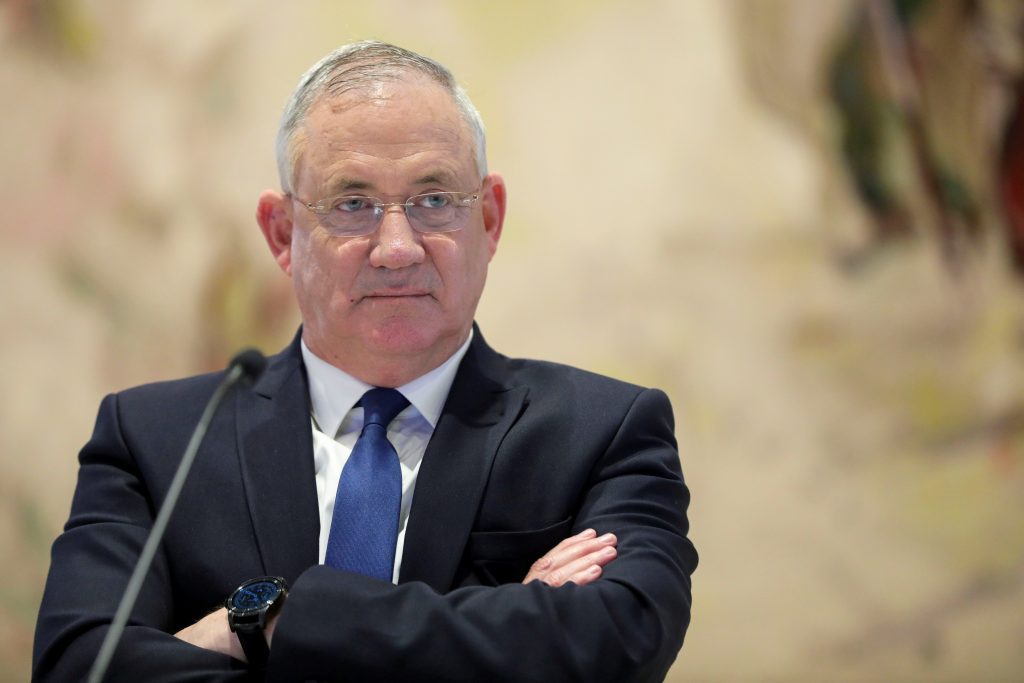 MKs from the Likud are working to cancel the coalition agreement with the Blue and White Party, with the goal of having Blue and White leader Benny Gantz elected as president of Israel, instead of prime minister, Yediot Acharonot reported on Friday.

Prime Minister Binyamin Netanyahu and Gantz signed a deal for the formation of a unity government in April, with Netanyahu to serve as prime minister for the first 18 months, before forfeiting the position to Gantz for his term of 18 months.

The report said that Likud officials have noted that recent polls show the Likud winning more than forty seats – would elections be held today – while Blue and White would fall to the 10-12 seat range, and are therefore pushing to cancel the rotation, and instead have Gantz elected as president of Israel and replace President Reuven Rivlin, when his term ends next year. The elections for the next president are to be held in June 2021, before the end of the 18 months of Netanyahu’s term.

One Likud minister was quoted by Yediot as saying that Gantz’s options are limited, given his likely defeat if the government splits and new elections are called.

Under the proposal now being pushed by Likud officials, Gantz would be nominated as the coalition’s candidate for presidency in 2021, and after being elected would turn over the defense portfolio to party co-leader Gabi Ashkenazi, who currently serves as foreign minister.

Supporters of the plan say that Gantz will likely agree to the offer, arguing that a rejection of the plan would lead to new elections and “political suicide” for Gantz and Blue and White.