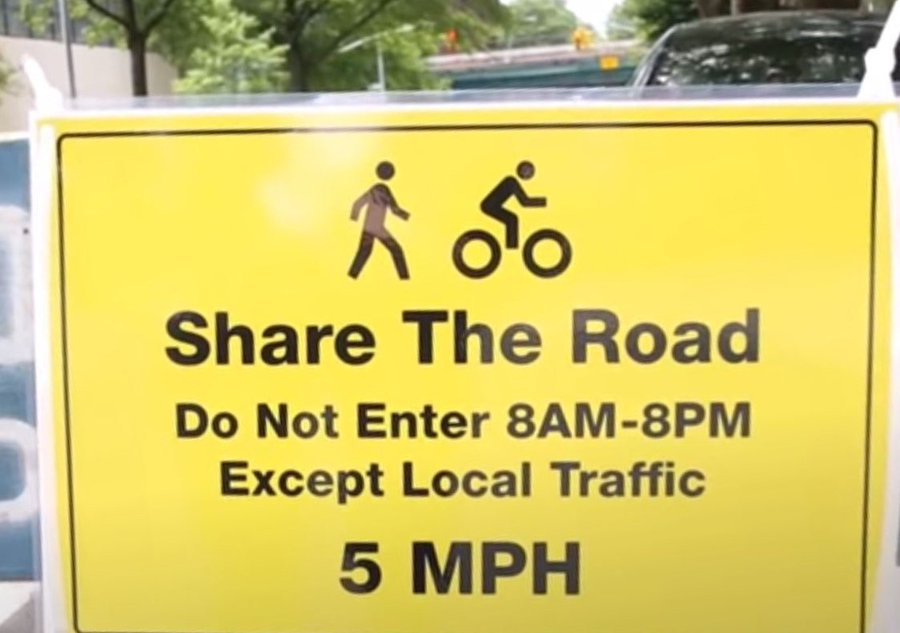 The streets of Midwood were thrown into disarray this week when the city closed off several streets in line with NYC Mayor Bill de Blasio’s new Open Streets initiative, causing massive traffic jams and inconveniences for local residents.

Mayor de Blasio added 23 miles to New York City’s Open Streets program, which closes off streets to cars in order to create more space for people to practice social distancing while walking. Collateral damage from this program is that blocking the through traffic causes massive traffic jams and delays the local residents from travelling to and from their homes to perform necessary tasks.

The mayor’s plan is to locate these Open Streets primarily in neighborhoods hit hard by the COVID-19 crisis. The plan is to choose blocks with tree-based shade for walking pleasure, as well as those with hydrants that will be opened as part of DEP’s Cool Hydrant and spray cap program. The first set of “Cool Streets” will be announced in the coming days.

“As the school year ends and a hot, challenging summer begins, New Yorkers will need more options to play outside,” said Mayor Bill de Blasio. “New York City now offers more car-free street space than any other city in the country, and we’re proud to build on that progress in all five boroughs.”

Yet the people in these neighborhoods were visibly upset when faced with the disruption in their daily routines. Errands which would typically take minutes to complete will now take more time, as the streets are restricted to vehicular traffic.

The streets that were blocked off by the barricades surround Avenue K, which is a thoroughfare often used as a route which emergency vehicles use to travel from Midwood to Boro Park where Maimonides Medical Center is located. This avenue is chosen because the parallel avenues, Ave M and Ave J, are commercial districts, and Ave L is often congested as well. The closures around Ave K will force these emergency responders to be rerouted several blocks out of their way, or be forced to drive through congested streets to reach their destination.

As cars, and even some ambulances, snaked through the blockages on Avenue K between East 17th and East 18th Street in Flatbush, motorists were seen weaving in and out as they navigated the barricades. Before long, Heshy Tishler, whose moniker as ParkBuster got altered to BarricadeBuster, was assisted by others in removing the barricades to allow the unimpeded flow of traffic to resume.

By mid-afternoon, the flow of traffic reverted to its regular pattern, and life returned to normal on the streets of Midwood. On Friday morning, the barricades remained on the sides of the roads where they were moved the previous afternoon, and traffic moved nicely through the streets.

The elected officials who represent the area chimed in with their own feelings of displeasure with the mayor’s actions. “There was zero communication from the Mayor’s Office or the Department of Transportation prior to this outrageous street closure,” said Assemblyman Simcha Eichenstein. “Councilman Yeger and I have been in touch with the Mayor’s Office making it clear to them that closing a street that so many rely on is just not an option.”

Benjy Katz, a middle-aged man who has lived in Flatbush most of his life, said he had never seen anything like this. “I can now commiserate with the people of Fort Lee, NJ,” he quipped. “It seems that when politicians want to show their discontent with a constituency, ‘it’s time for some traffic problems.’ But we are New York tough, as the signs say these days, and one way or another, those barricades will go the way of the playground locks.”