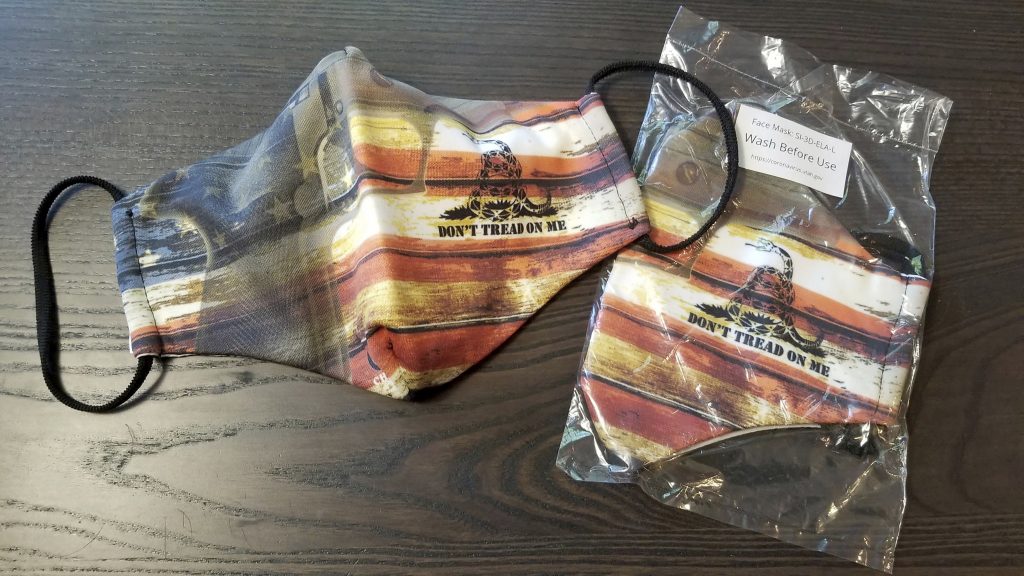 A state official has apologized after a family was sent masks featuring a gun, the American flag and the phrase “don’t tread on me” as part of a program offering free face coverings during the coronavirus pandemic.

Ben Hart, the deputy director of the governor’s office of economic development, said it was a mistake and that the design was one of about 150 that were identified as potentially controversial, KUTV-TV reported.

“It was one of the masks that we were pulling out. These are masks that we have not been distributing; it slipped by us,” Hart said. The office has sent out 1.8 million free masks in the first two months of the program, with another 500,000 expected to be sent out soon, Hart said.

Christine Passey-Spencer of Salt Lake City received the masks this week after ordering them from a state website two months ago, she said.

“It doesn’t seem possible that it came from the state of Utah,” Passey-Spencer said, adding that she is upset that any sort of political imaging would be put on masks distributed by the state.

Michael Mower, Gov. Gary Herbert’s chief of staff, drove to her home Tuesday to personally deliver a pair of new masks, which she said she does appreciate, KSL-TV reported.