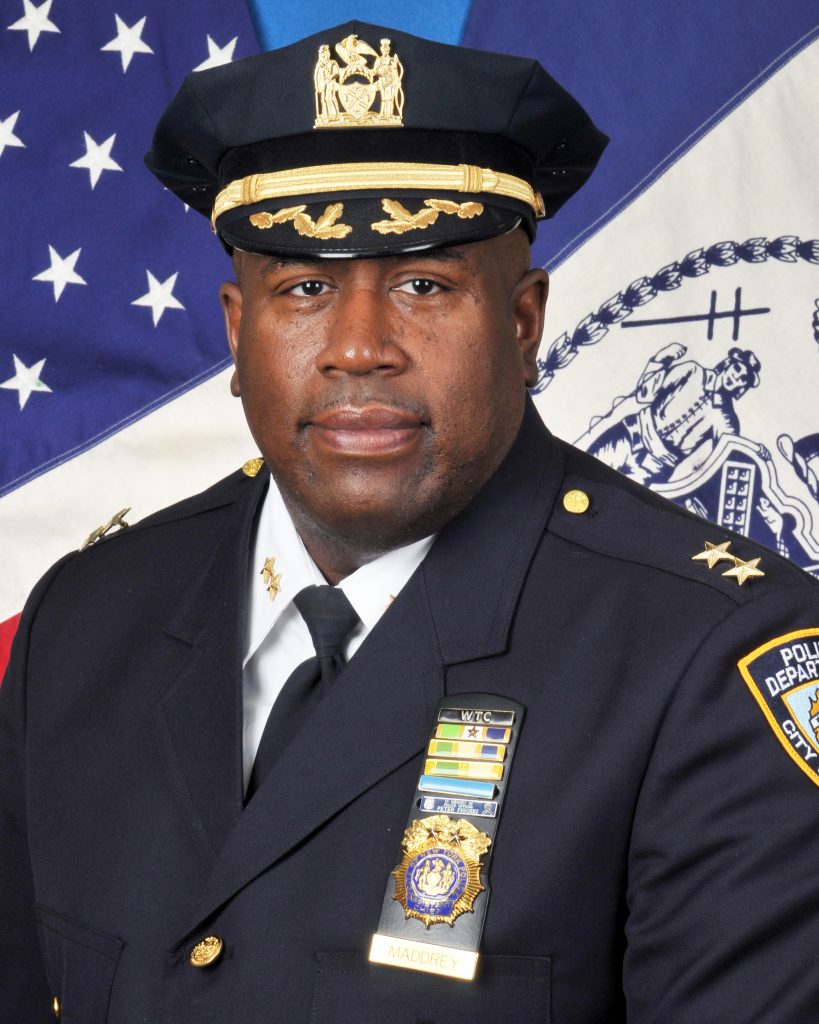 In the aftermath of massive protests over police brutality which swept the country, and with tensions rising in the city and the police department, NYPD Commissioner Dermot Shea announced three major changes in the leadership of the NYPD.

Chief Jeff Maddrey, who was commanding officer of Brooklyn North, will be heading of Community Affairs Bureau, with a broad mandate —“a clean slate” for change.

With Chief Maddrey moving out of Brooklyn north, current Chief of Special Victims, Judith Harrison, will become the Commanding Officer of Brooklyn North.

Chief Nilda Hofmann will transition from Chief of Community Affairs, which Chief Maddrey is taking over, to take over the Transportation Bureau, where she will work closely with state and city agencies.

“Trust is built slowly over time, and is lost very quickly,” the commissioner said. “We in law enforcement realize that, and it’s up to us to fix it. It all starts with talking.”