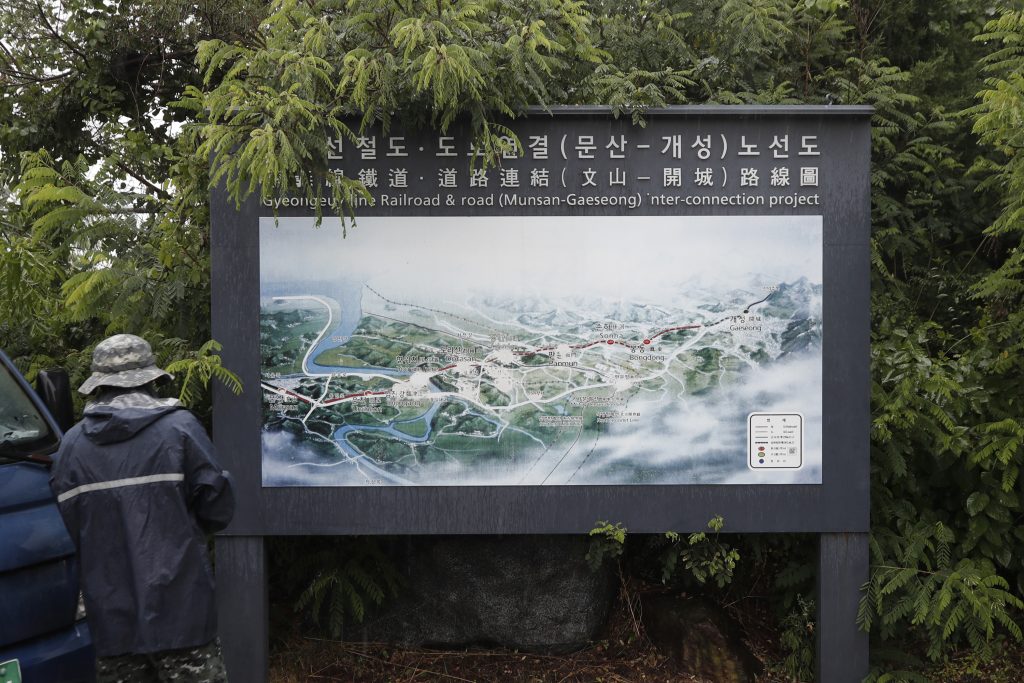 North Korea said Wednesday leader Kim Jong Un suspended a planned military retaliation against South Korea, in an apparent slowing of the pressure campaign it has waged against its rival amid stalled nuclear negotiations with the Trump administration.

Last week, the North had declared relations with the South as fully ruptured, destroyed an inter-Korean liaison office in its territory and threatened unspecified military action to censure Seoul for a lack of progress in bilateral cooperation and for activists floating anti-Pyongyang leaflets across the border.

If Kim does eventually opt for military action, he may resume artillery drills and other exercises in frontline areas or have vessels deliberately cross the disputed western maritime border between the Koreas, which has been the scene of bloody skirmishes in past years. However, any action is likely to be measured to prevent full-scale retaliation from South Korean and U.S. militaries.

Pyongyang’s official Korean Central News Agency said Kim presided by video conference over a meeting Tuesday of the ruling Workers’ Party’s Central Military Commission, which decided to postpone plans for military action against the South brought up by the North’s military leaders.

KCNA didn’t specify why the decision was made. It said other discussions included bolstering the country’s “war deterrent.”

Yoh also said it was the first report in state media of Kim holding a video conferencing meeting, but he didn’t provide a specific answer when asked whether that would have something to do with the coronavirus.

The North says there hasn’t been a single COVID-19 case in its territory, but the claim is questioned by outside experts.

Kim Dong-yub, an analyst from Seoul’s Institute for Far Eastern Studies, said it’s likely that the North is waiting for further action from the South to salvage ties from what it sees as a position of strength, rather than softening its stance on its rival.

“What’s clear is that the North said [the military action] was postponed, not canceled,” said Kim, a former South Korean military official who participated in inter-Korean military negotiations.

Other experts say the North would be seeking something major from the South, possibly a commitment to resume operations at a shuttered joint factory park in Kaesong, which was where the liaison office was located, or restart South Korean tours to the North’s Diamond Mountain resort. Those steps are prohibited by the international sanctions against the North over its nuclear weapons program.

“Now isn’t the time for anyone in Seoul or Washington to be self-congratulatory about deterring North Korea,” said Leif-Eric Easley, a professor at Ewha University in Seoul.

“There may be a pause in provocations or Pyongyang might temporarily de-escalate in search of external concessions. But North Korea will almost certainly continue to bolster its so-called ‘deterrent.’ As long as the Kim regime refuses to denuclearize, it is likely to use Seoul as a scapegoat for its military modernization and domestic politics of economic struggle after failing to win sanctions relief.”

The public face of the North’s recent bashing of the South has been Kim Yo Jong, the powerful sister of leader Kim Jong Un, who has been confirmed as his top official on inter-Korean affairs. Issuing harsh statements through state media, she had said the North’s demolishing of the liaison office would be just the first in a series of retaliatory actions against the “enemy” South and that she would leave it to the North’s military to come up with the next steps.

The General Staff of the North’s military has said it would send troops to the mothballed inter-Korean cooperation sites in Kaesong and Diamond Mountain and restart military drills in frontline areas. Such steps would nullify a set of deals the Koreas reached during a flurry of diplomacy in 2018 that prohibited them from taking hostile action against each other.

Also condemning the South over North Korean refugees floating anti-Pyongyang leaflets across the border, the North said Monday it printed 12 million of its own propaganda leaflets to be dropped over the South in what would be its largest ever anti-Seoul leafleting campaign.

It wasn’t immediately clear whether Kim’s decision to hold back military action would affect the country’s plans for leafleting. The North’s military had said it would open border areas on land and sea and provide protection for civilians involved in the leafleting campaigns.

The North has a history of dialing up pressure against the South when it fails to get what it wants from the United States. The North’s recent steps came after months of frustration over Seoul’s unwillingness to defy U.S.-led sanctions and restart the inter-Korean economic projects that would breathe life into its broken economy.

Nuclear negotiations between Pyongyang and Washington largely stalled after Kim’s second summit with President Donald Trump last year in Vietnam, where the Americans rejected North Korea’s demands for major sanctions relief in exchange for a partial surrender of its nuclear capabilities.