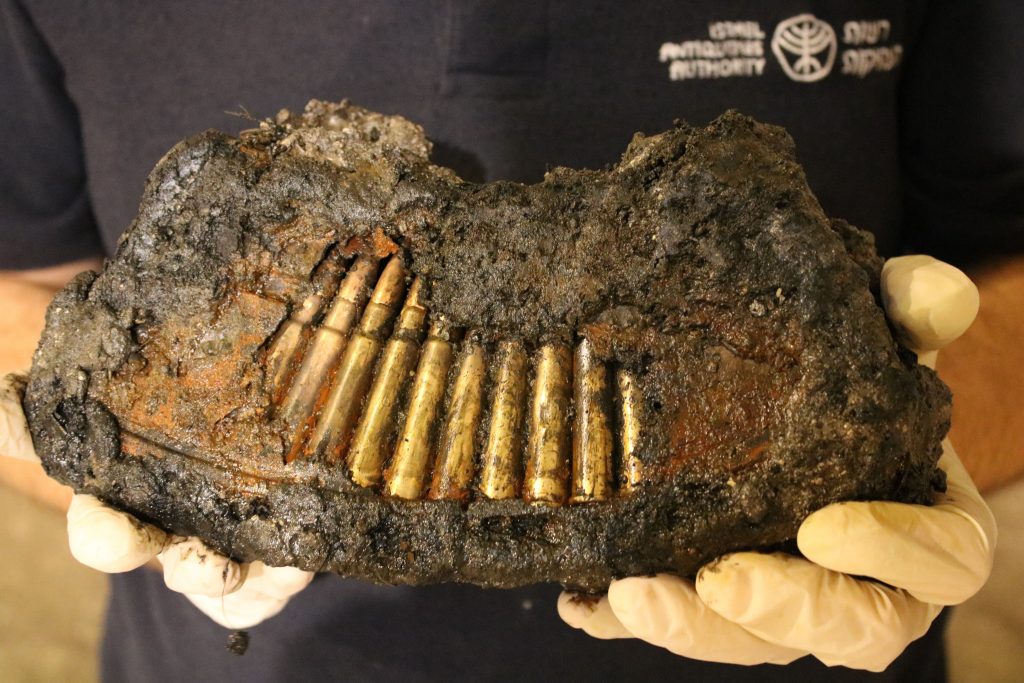 A Jordanian ammunition stash was discovered on Wednesday during Israel Antiquities Authority excavations under the lobby of the Kosel Tunnels site. The ammunition was hidden in the bottom of a British Mandate period water cistern.

Dr. Barak Monnickendam-Givon and Tehila Sadiel, directors of the excavation, described the moment of discovery:

“While excavating the water cistern, a surprise awaited us: about ten full magazines of Bern light machineguns, full clip chargers, and two bayonets of a British Lee Enfield rifle. Usually, in excavations, we find ancient findings from one or two thousand years ago, but this time, we got a glimpse of events that occurred 53 years ago, frozen in time in this cistern.

“Apparently, this is an ammunition dump that was hidden by soldiers of the Royal Jordanian Army during the Six Day War, perhaps when the IDF liberated the Old City. The water cistern we excavated served the residential structures of the Moghrabi neighborhood that was built in the area of what is today the Western Wall Plaza,” they added.