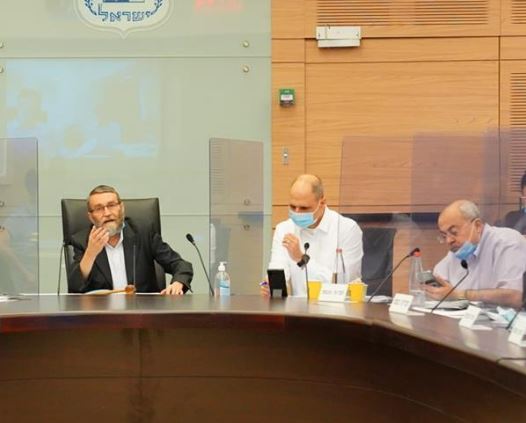 The Knesset’s Finance Committee on Tuesday approved Prime Minister Binyamin Netanyahu’s request for tax refunds going back several years and worth hundreds of thousands of shekels, amid a public outcry decrying the request as insensitive during a time the country is experiencing a severe financial crisis, with hundreds of thousands unemployed.

By a vote of eight to five, with one abstention, the Finance Committee approved a request by Netanyahu for nine years of tax refunds on expenses at his private home in Caesarea that were paid by the state. Blue and White has two MKs on the committee, but they did not come to vote against the proposal.

The tax refunds were formally requested by Prime Minister’s Office Acting Director-General Ronen Peretz from the Finance Committee to repay the money for services and benefits, excluding paychecks and pension, in the time between January 1, 2009 and December 31, 2017.

Peretz told the committee that the rules for funding the prime minister’s official and private residences had been set in 1982 and since then, no prime minister was asked to return taxes on expenses.

In 2018, it was legislated that the prime minster’s use of his official vehicle would not be taxed and that the state would bear the costs of his private residence beside the official residence in Yerushalayim.

However, following the passage of the law, the Tax Authority retroactively issued a tax demand relating to benefits received by Netanyahu between 2013 and 2017.

During the heated debate, Committee Chairman MK Rabbi Moshe Gafni (United Torah Judaism) said, “When we supported the law of MK Miki Zohar (Likud), which absolves from here on out all prime ministers of taxes, had the Tax Authority said it collected tax retroactively, we would have applied the law to this as well. We understood from the Authority, clearly and unequivocally, that it will not be applied retroactively, since we are talking about expenses of the prime minister for carrying out his duty.

“What happened is that as soon as we issued an exemption in this matter, a retroactive demand for payment was suddenly issued. This looks very bad. I wanted the director of the Tax Authority to be here and provide us with answers. Had we known that it would apply retroactively, we would have done the law retroactively. I am very angry with the Tax Authority, which is supposed to provide explicit answers and is not doing that.”

MK Miki Zohar (Likud) argued that the taxes would have left Netanyahu “financially crippled,” and said the prime minister is being “persecuted.”

“Does it make sense that the prime minister of Israel, who has the most complex job in the Middle East and maybe the world, will only make NIS 17,000 a month after taxes?” Zohar asked.