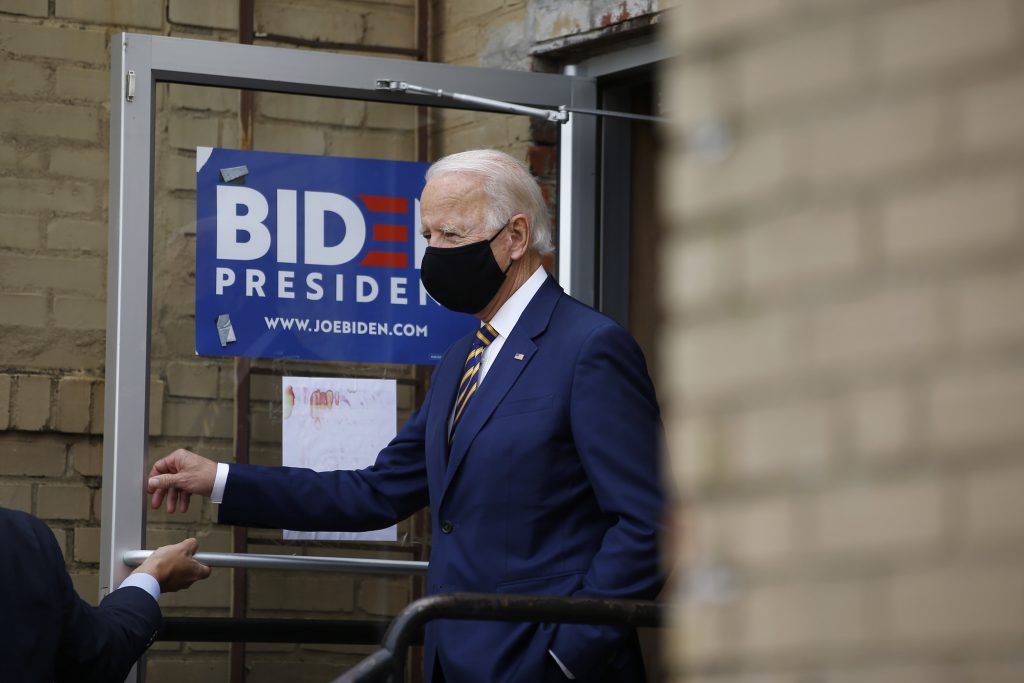 Joe Biden plans to accept the presidential nomination in person, but it remains to be seen whether there will be a significant in-person audience there to see it. The Democratic National Committee said in a statement that official business, including the votes to nominate Biden and his yet-to-be-named running mate, will take place virtually, with delegates being asked not to travel to Milwaukee.

It’s the latest sign of how much the COVID-19 pandemic has upended American life and the 2020 presidential election, leading Biden and the party to abandon the usual trappings of an event that draws tens of thousands of people to the host city to mark the start of the general election campaign. Not even during the Civil War or World War II did the two major parties abandon in-person conventions with crowded arenas.

Biden’s campaign manager Jen O’Malley Dillon said the drastically altered convention won’t be an impediment. “Vice President Biden intends to proudly accept his party’s nomination in Milwaukee and take the next step forward towards making Donald Trump a one-term president,” she said, adding that Biden’s campaign will continue to highlight Wisconsin as a key battleground state.

Democrats had offered strong signals before Wednesday that they’d curtail convention activities, including when Party Chairman Tom Perez pushed back the original convention dates from mid-July.

The new details were released the same day that Biden’s team announced its leadership team in Wisconsin, one of three key states that helped propel Donald Trump to an Electoral College victory four years ago. He won Wisconsin by fewer than 23,000 votes — less than 1 percentage point.

Perez said scaling back Democrats’ festivities is a matter of public health. He sought to draw a contrast with Trump’s push for a traditional convention in North Carolina, clashing with the state’s Democratic governor, Roy Cooper, and public health officials over the details amid the pandemic.

The Republican National Committee has confirmed its official business will be conducted in Charlotte. But Trump has said he plans to accept his nomination in Jacksonville, Florida, because Cooper wouldn’t guarantee Republicans the ability to host a large-scale event in Charlotte’s NBA arena.

“Unlike this president, Joe Biden and Democrats are committed to protecting the health and safety of the American people,” Perez said.

Besides events in Wisconsin, Democrats plan other events in satellite locations around the country to broadcast as part of the convention.

Veteran producer Ricky Kirshner, who has worked on every Democratic National Convention since 1992, will lead production of the convention, including the satellite broadcasts.