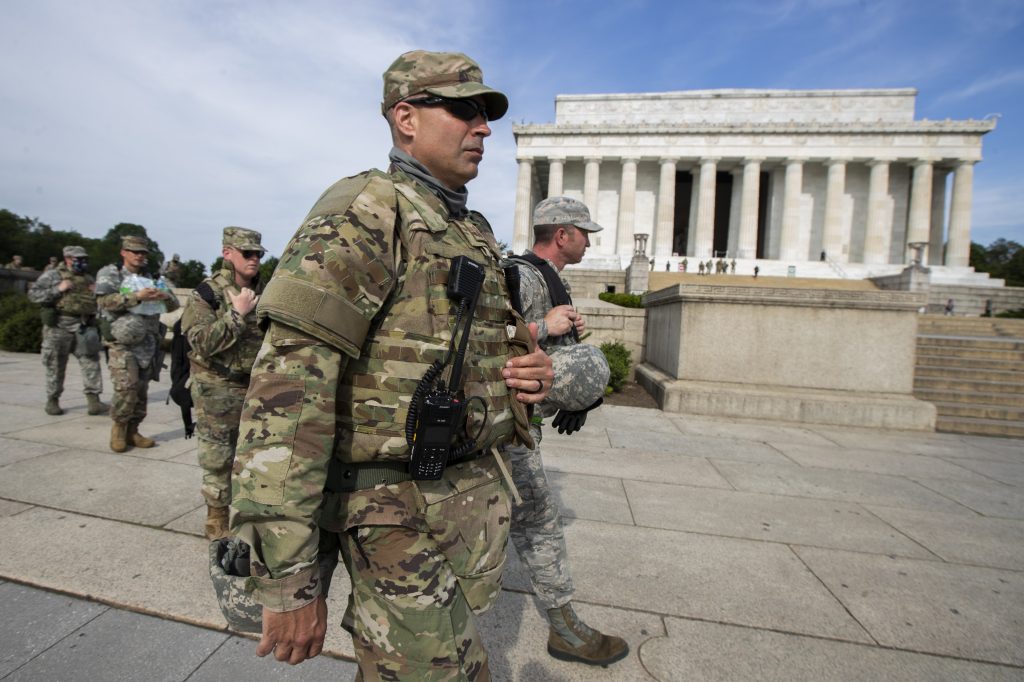 The Army activated about 400 unarmed members of the Washington, D.C., National Guard to “prevent any defacing or destruction” of monuments, defense officials said Wednesday, as protests over police violence continue alongside efforts to pull down statues in the capital.

Interior Secretary David Bernhardt requested the Guardsmen to bolster the National Park Police, said Air Force Senior Master Sgt. Craig Clapper, a D.C. Guard spokesman. The Guardsmen were posted at an armory awaiting directions for when and where they will be used, Clapper said.

Some Guardsmen who were mobilized weeks ago had transitioned back to supporting efforts to fight the coronavirus pandemic but will now return to the civil disturbance mission, Clapper said.

The troops may have face shields for personal protection but did not have tear gas or pepper spray as of Wednesday afternoon, Clapper said.

Demonstrators in Washington and other cities have targeted statues and monuments in recent weeks following the death of George Floyd at the hands of police last month, prompting a reckoning of the role that race and racism has a played in U.S. history.

Many of the markers were dedicated to Confederate leaders. But on Monday, protesters decrying President Andrew Jackson’s brutal displacement of Native Americans attached ropes to a bronze statue of him in Lafayette Square, across from the White House, to try to tear it down. Law enforcement stopped their efforts.

President Donald Trump said Tuesday that protesters would be met with “serious force” if they tried to establish an autonomous zone at Lafayette Square and that federal officials would seek long sentences for anyone who toppled statues or vandalized monuments.

One emerging flash point is the Emancipation Statue in Lincoln Park, a federally controlled space in Northeast Washington. The statute depicts a freed slave kneeling at the feet of President Abraham Lincoln.

Protesters who have vowed to tear it down have said it champions white supremacy and fails to acknowledge the crucial role slaves played in fighting for their freedom.

A Park Police spokesman declined to say where the agency needed support, saying the demonstrators posed a threat and that revealing potential areas would endanger officers.

At one point, more than 1,200 D.C. Guardsmen were mobilized in response to civil unrest in the capital. Several states contributed forces for a high-water mark of more than 5,000 the weekend of June 6, defense officials said.