Politics After Tulsa, Trump Heads to Arizona and Border
Politics 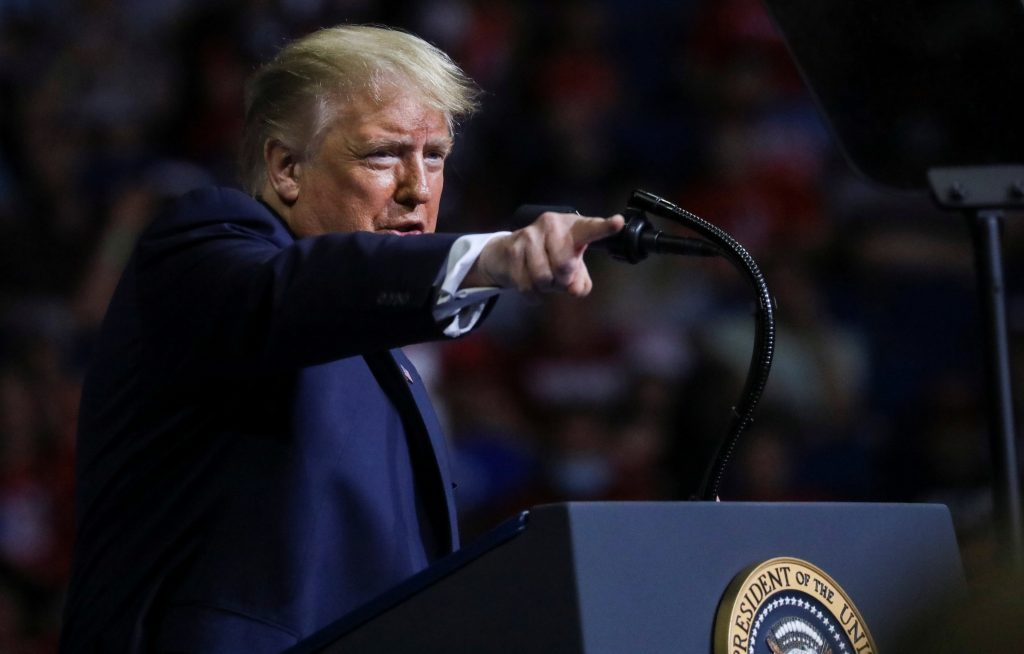 President Donald Trump faces another test of his ability to draw a crowd during a pandemic on Tuesday as he visits Arizona and tries to remind voters of one of his key 2016 campaign promises.

Following Trump’s weekend rally in Tulsa, Oklahoma, where supporters clashed with protesters, the president will travel to Yuma, Arizona, to mark the construction of more than 200 miles of wall along the U.S.-Mexico border, an issue that he built his campaign on four years ago. Later, he’ll address a group of Young Republicans in Phoenix.

The Trump administration has promised to build 450 miles by the end of the year, but that’s not very likely. The government has awarded more than $6.1 billion in construction contracts since April 2019 for various projects along the border. It has also waived procurement rules that critics say make the process of awarding multimillion-dollar contracts secretive.

Trump’s first visit to the border in more than a year comes a day after another hard-line immigration move. The Trump administration said Monday that it was extending a ban on green cards issued outside the United States until the end of the year and adding many temporary work visas to the freeze, including those used heavily by technology companies and multinational corporations.

The administration cast the effort as a way to free up jobs in an economy reeling from the coronavirus.