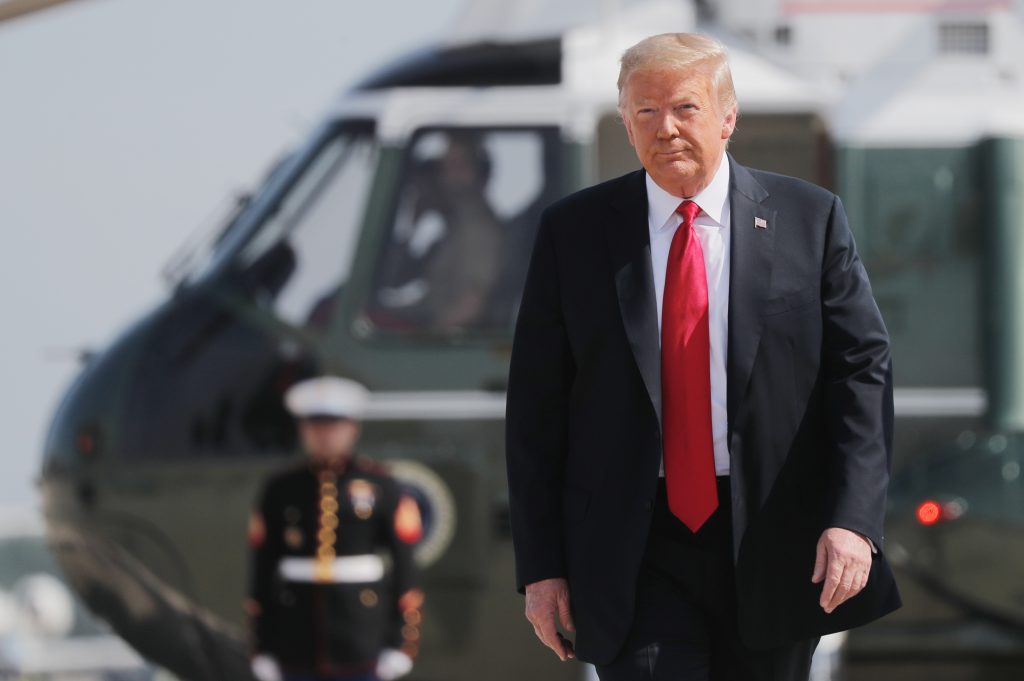 President Donald Trump has told aides he is largely supportive of sending Americans another round of stimulus checks, expressing the belief that the payments will boost the economy and help his chances at reelection in November, according to three people aware of internal administration deliberations.

However, leading congressional Republicans and some senior White House officials remain skeptical of sending more checks, creating a rift within conservative circles that could have significant consequences for the stimulus package set to be taken up by lawmakers in July. The discussion is part of a fast-moving debate about what to include in a new economic stimulus package that the White House and Democrats have said should be a priority.

In March, Congress approved stimulus payments of up to $1,200 per person for every American citizen earning less than $75,000 per year as part of the Cares Act. The Internal Revenue Service had, as of the beginning of June, sent these payments to more than 159 million American households.

Many economists say the checks provided needed relief as unemployment surged across the country.

House Democrats included another round of $1,200 stimulus checks in the bill they approved last month, but the GOP position on the measure has remained murky.

Internally, the president’s advisers and allies are split. Treasury Secretary Steven Mnuchin has advocated sending another round of checks, two people with knowledge of internal deliberations said, speaking on the condition of anonymity to frankly discuss matters they weren’t authorized to comment on publicly. Mnuchin joined GOP senators at their weekly policy lunch on Tuesday and talked up the impact of the stimulus checks.

“He just said that when he went around the country, people came up and thanked him for it. It seemed to have made a difference to them,” Sen. Bill Cassidy, R-La., told reporters.

Larry Kudlow, director of the White House National Economic Council, is skeptical of sending payments out to as many people who received them in the first round, said one person familiar with internal matters who also spoke on the condition of anonymity. Kudlow said Tuesday the administration may want to send payments primarily to those who need them most, rather than the nearly 160 million Americans who received the first round.

“I think the tax rebates or the direct mail checks are on the table … There are a lot of discussions going on,” Kudlow told Fox Business. “Probably, we would want to target those to those folks who lost their jobs and are most in need. All right, that’s the speculation on my part, but I think this is – that’s where it’s going.”

Other conservative White House officials and influential congressional Republicans oppose the plan, expressing concern with the impact of tremendous levels of new spending on the deficit. Some White House officials have also argued internally that the checks were pocketed by Americans rather than spent in the economy, pointing to an enormous increase in Americans’ personal savings rate after the payments went out, one person aware of internal discussions said.

Sen. Mike Rounds, R-S.D., made a similar argument to reporters on Tuesday.

“A lot of the stimulus checks that have gone out right now – people have been saving money and putting it into their savings accounts,” Rounds said. “For me, let’s get people back to work. I think that’s a better way.”

Sen. Mitt Romney, R-Utah, said he opposes another round of stimulus payments in favor of adjustments to the Paycheck Protection Program for small businesses, as well as extending unemployment benefits at a lower level than approved by Congress in March.

Still, several other Senate Republicans on Tuesday expressed openness to more direct payments. Sen. Thom Tillis, R-N.C., suggested he would back smaller versions of the initial measure if targeted for “the people who are hurting the most.” Sen. Rob Portman, R-Ohio, said it should be considered as part of the discussion around how to handle the increase in unemployment benefits approved by Congress in March.

“Direct check, or direct infusion of discretionary money – whether for rent or something more discretionary – would in fact have a stimulating effect, and it could be very helpful to people getting through a rough patch,” Sen. Kevin Cramer, R-N.D., said.

Cramer added: “I’d be warm to that as one of the components of another round. Of course, (Trump) has always wanted another round of stimulus checks, and probably for good reason.”

The president has emphasized in public his desire to cut payroll taxes for businesses in the next stimulus package. Asked on Monday whether the administration will be sending Americans a second round of stimulus checks, Trump said “we are” but then quickly shifted the discussion to a different matter, making it unclear what he was referring to. White House officials said that the administration continues to study the checks and that the president is hearing from different advisers, but has not reached a final decision.

Senate Republicans have already rejected the president’s call for a payroll tax cut. Most opposed the initial round of $1,200 payments despite voting for the Cares Act and are even more likely to oppose another round now that the economy has begun recovering from its lows in March and April, said Jason Pye, the vice president of legislative affairs for FreedomWorks, a conservative organization. The initial round of payments cost approximately $300 billion.

“There’s likely to be widespread opposition to something like another round of this. The cost is just too much,” Pye said.

Congressional Republicans may be more likely to support another round of stimulus checks if it is paired with a substantial reduction to the $600-per-week increase in unemployment benefits approved by Congress in March, aides said. Stephen Moore, an outside economic adviser to the White House, said the administration is studying this approach as officials push for a reduction in unemployment benefits.

The White House is looking at another stimulus package in part because the coronavirus pandemic is expected to be a long-term drag on the U.S. economy. The Federal Reserve and Congressional Budget Office have both projected that unemployment could remain as high as 10 percent for the rest of the year. Many economists say the $1,200 checks and the increase in unemployment benefits helped shield low-income Americans, with one study finding poverty dropped in April, despite the economic contraction, because of the massive infusion of government cash.

Democrats have called for the stimulus checks to be bigger and criticized the March law for not sending payments to undocumented immigrants. They have largely unified behind the idea that the payments quickly got money to people in need.

“The Economic Impact Payments proved to be a very effective way to get people money given our rickety administrative systems,” said Matt Bruenig, founder of the People’s Policy Project, a left-leaning think tank. “Given that the public health and economic crisis has not yet abated, another round of these payments would be a good idea.”