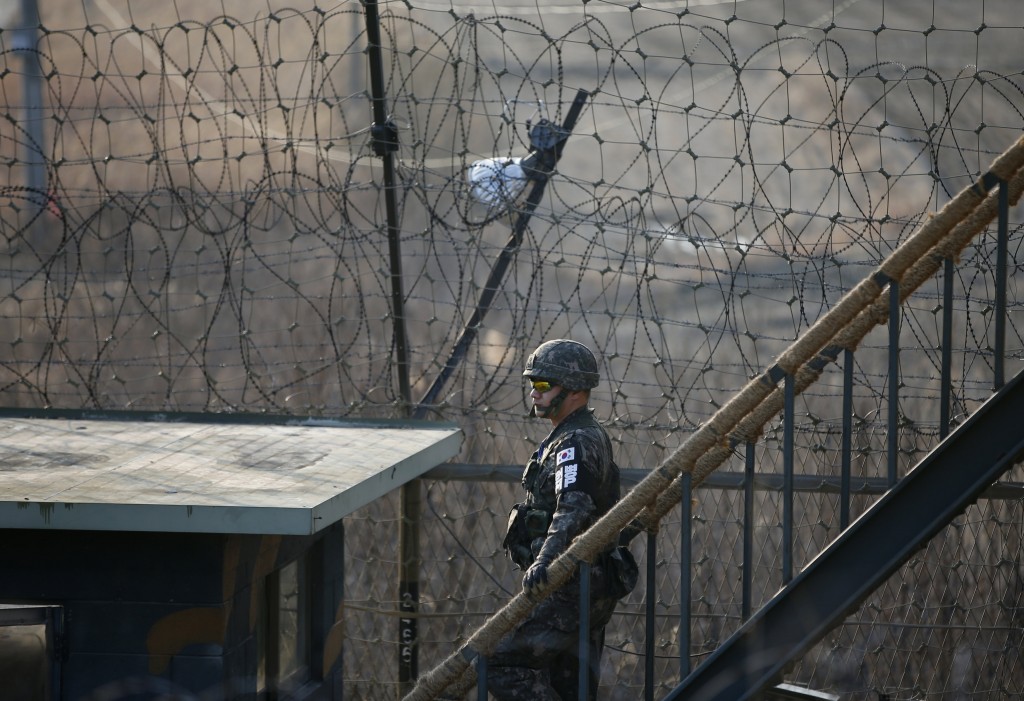 North Korea is reinstalling loudspeakers blaring propaganda across the border in its latest step away from inter-Korean peace agreements, prompting the South’s military to explore similar moves, a South Korean military source said on Tuesday.

Tension between the two Koreas has risen in recent weeks after the North blew up a joint liaison office on its side of the border, declared an end to dialogue and threatened military action.

North Korea’s military was seen putting up loudspeakers near the demilitarized zone (DMZ). Such systems were taken down after the two Koreas signed an accord in 2018 to cease “all hostile acts,” the military official said.

“We’re also considering reinstalling our own loudspeakers,” he said. “But the North hasn’t begun any broadcast yet, and we’re just getting ready to be able to counteract at any time.”

A spokeswoman at Seoul’s Defense Ministry declined to confirm North Korea’s moves but reiterated at a regular briefing that Pyongyang would “have to pay for the consequences” if it continues to defy joint efforts to foster peace.

The two countries have for decades pumped out propaganda from huge banks of speakers as a form of psychological warfare. The South aired a blend of news, Korean songs and criticism of the northern regime, while the North blasted the South and praised its own socialist system.

Commercial satellite imagery of the liaison office site on Monday showed that the building remained standing, but had been heavily damaged.

Analysts at U.S.-based 38 North, which tracks North Korea, said last week that the explosion “was clearly not a controlled detonation, as the building was not leveled and there was significant collateral damage to the adjacent buildings.”

The North began taking its recent actions as it denounced North Korean defectors in the South sending propaganda leaflets across the border.

South Korea’s government has pursued legal action to stop such activities, citing safety concerns for residents in border towns, but controversy remains over whether it violates the country’s protections for freedom of expression.

Pyongyang’s state media said on Monday that angry North Koreans have also prepared some 12 million leaflets to be sent back.