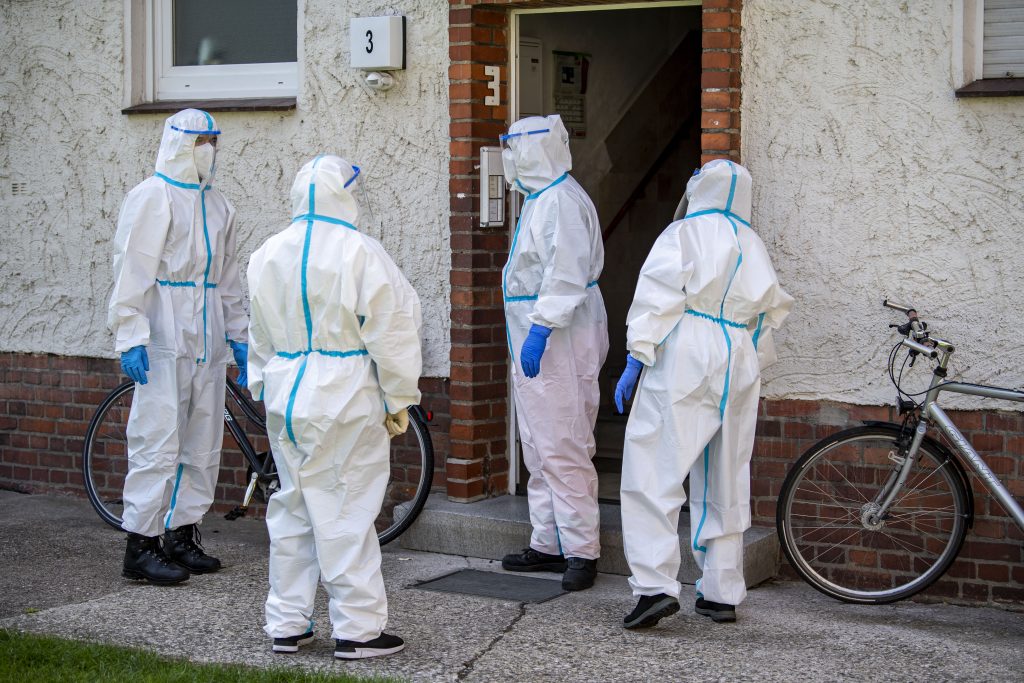 New lockdown measures are being imposed for one week in a German region that has seen a large increase in coronavirus infections linked to a slaughterhouse, officials said Tuesday.

More than 1,500 people have tested positive for coronavirus at the Toennies slaughterhouse in Rheda-Wiedenbrueck and thousands more have been put under a quarantine to try to halt the outbreak.

The governor of North Rhine-Westphalia State said people in Guetersloh and parts of a neighboring county will now face the same kind of restrictions that existed across Germany during the early stages of the pandemic in March and April.

These include limiting the number of people who can meet in public to those from a single household or two people from separate households, Gov. Armin Laschet said.

Places of entertainment will also be closed, although restaurants can continue to cater to people from the same household, he added. Previously, the western county had only closed schools and child-care centers.

Laschet said the measures will be lifted on June 30 if the situation has improved, but declined to provide specific parameters for how success will be measured.

Prior to the latest outbreak, Germany had been widely praised for its handling of the pandemic. Widespread testing, tracing and hospital preparation measures tamped down the outbreak and kept Germany’s death toll five times smaller than Britain’s. Germany has seen 8,899 confirmed virus deaths.