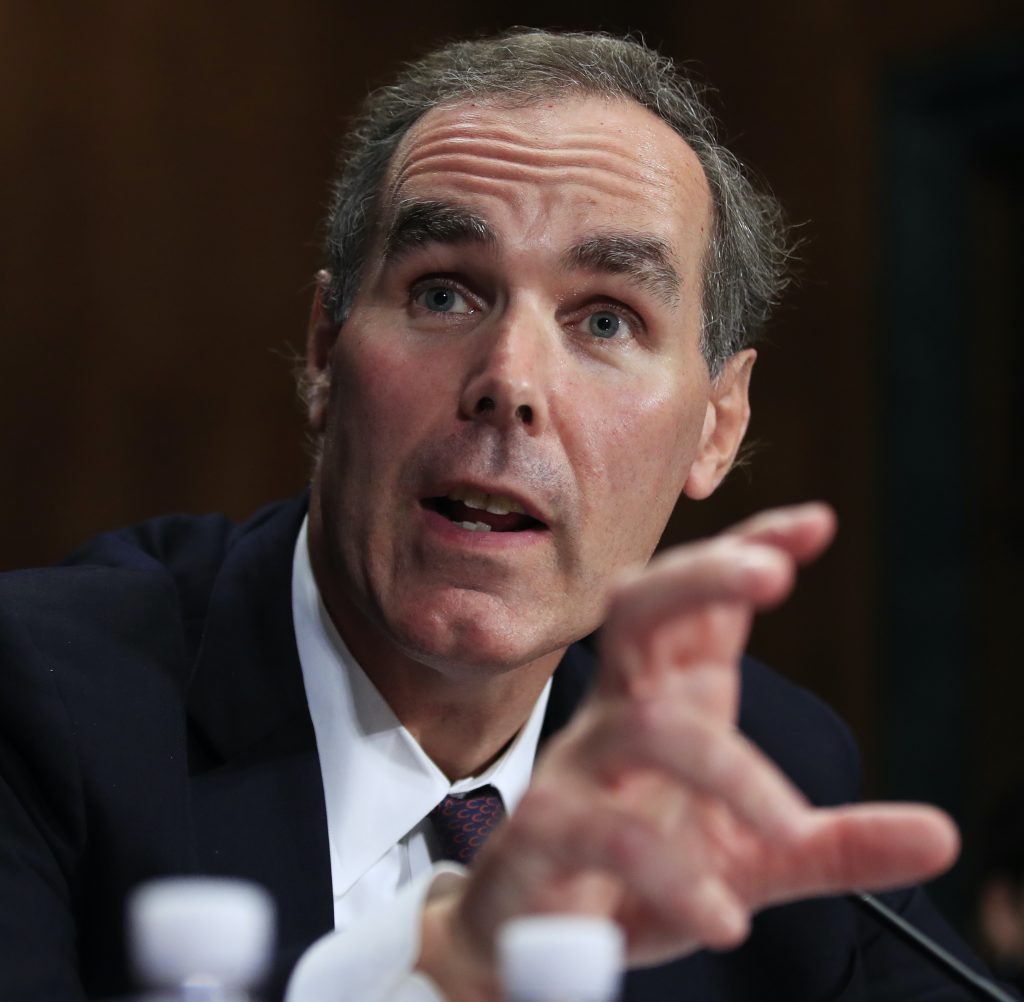 At 5:06 p.m. on Friday, Eric Dreiband, the head of the Justice Department’s civil-rights division, transmitted a letter to de Blasio asking him to “reach out to Geoffrey Berman” about the city’s social-distancing directives limiting religious gatherings to 10 people, saying the policy raises First Amendment concerns.

But at 9:14 p.m., the Justice Department issued a statement from Barr announcing Berman was “stepping down.”

Barr’s statement triggered an extraordinary series of events, with Berman saying he had not stepped down and that he only learned of his supposed resignation from the attorney general’s missive.

That, in turn, prompted Barr to ask President Donald Trump to fire Berman, which he did Saturday.

Dreiband’s letter to de Blasio, which was obtained by the Daily News, sheds light on the confusion unfolding at the highest levels of the Justice Department only hours before Barr first tried to get rid of Berman, whose office is investigating a number of people associated with Trump, including Rudy Giuliani.

The Wall Street Journal reported Monday that Berman had been asked to sign Dreiband’s letter to de Blasio before the resignation kerfuffle. Berman refused to sign over concerns that it was akin to a political stunt that would inflame tensions between his office and City Hall, sources told the newspaper.

After the Daily News reached out for comment on Monday, the Justice Department released an amended version of Dreiband’s letter that scrubbed the reference to Berman. The new version of the letter simply stated de Blasio could “reach out to me” about the administration’s social distancing pointers.

In an email, Justice Department spokesman Matt Lloyd at first insisted the letter without reference to Berman was the one sent to de Blasio.

However, the Daily News was able to independently confirm that the letter that reached de Blasio included Berman’s name.

When confronted with this fact, Lloyd backtracked and said the letter with Berman’s name on it was issued “inadvertently” and that the new version was then sent.

With Berman out, his deputy, Audrey Strauss, is expected to take over day-to-day responsibilities while the Senate considers Trump’s appointment of Jay Clayton as a permanent replacement.

Clayton, the current chairman of the U.S. Securities and Exchange Commission, is considered a close ally of Trump and frequently golfs with the president in New Jersey.