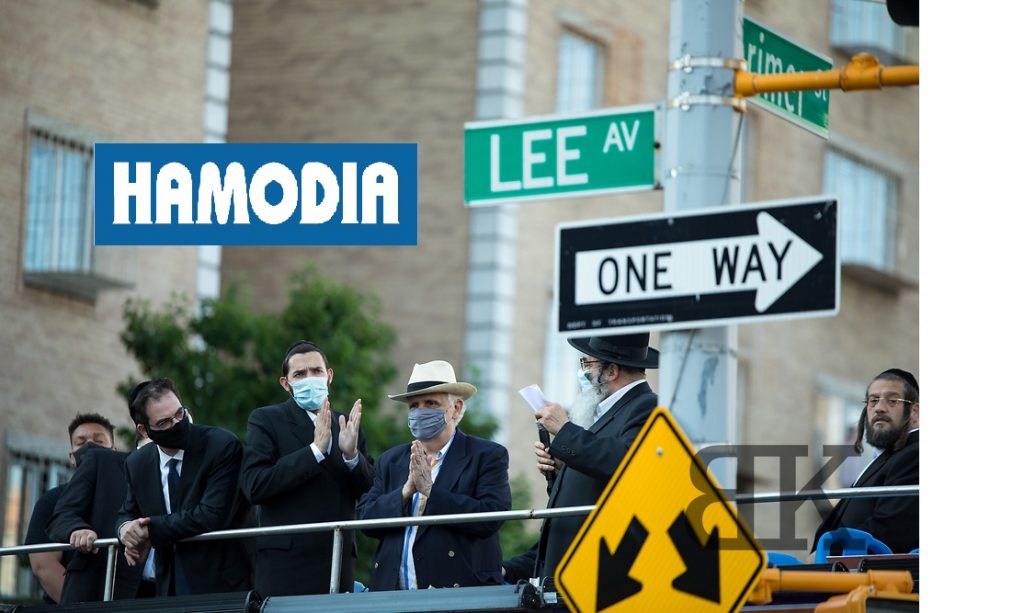 Hundreds of residents of the Williamsburg community gathered at Lee Avenue and Wallabout Street on Sunday, June 21, to demand that hospitals return to pre-COVID regulations and allow relatives and friends regular visitations.

The rally, which served as a kickoff for the “Get Well Together” movement, featured speeches from community leaders and elected officials who implored the governor and state officials to mandate that hospitals allow visitation to resume at the levels they were before the COVID limitations were initiated.

Rabbi Moshe Dovid Niederman, President of United Jewish Organizations of Williamsburg and North Brooklyn (UJO) thanked the officials for what they have done, but stressed it was not enough.

“Today, when the public celebrates Father’s Day, [we tell them] we are used to go to our parents on a daily basis, at home, and even if they are in the hospital. Now, we cannot do that. Why? Because we are limited to 4 hours,” Rabbi Niederman said.

After thanking the public officials who helped with the issue until now by getting the state to allow four hours of visitation and expanding it so that every hospital is covered, he declared, “We look forward for you to continue to fight [so] that all hospitals should go back to their normal schedules, that family members can join and give the bedside support that is needed. If G-d forbid it was decreed that someone has to be in the hospital, they need someone who is watching, speaking to the doctor each hour, to make sure they get food, which will give him the fortitude and the strength to heal.”

“Patients need visitors, and too many lie in agony at the hospital with no one by their side,” said State Assemblyman Simcha Eichenstein. “If four hours is okay, why not twenty-four? Is there any real science behind the Governor’s announcement or is this just another ploy to make more New Yorkers suffer?”

Councilman Kalman Yeger decried the way the government has ignored the plight of the individual and the community as they issued their regulations to deal with the COVID epidemic. “We’ve been talking for the past few months what we need to recover. What do we need? We need to get back to normal,” Councilman Yeger said. “We did everything they told us to do. The batei midrashim, closed! The yeshivos, closed! Our businesses, closed! Waiting, waiting for what? To flatten the curve. That’s what they told us. But in the mean time, we had family, friends and neighbors in hospitals, and incredible pain that we could not see them.

“Enough is enough. We did everything you asked us to, but you can’t lock us down forever.”

The elected officials who represent the Jewish communities in Boro Park and Flatbush praised Assemblyman Joe Lentol, who has joined the fight to assist the Jewish legislators in this fight. “Joe Lentol was able to reach out to all members and bring a diverse group to sign on for this cause,” Simcha Eichenstein told the crowd. “I am here to deliver a message from the Boro Park community. Joe Lentol fights for all of our communities, Boro Park, Flatbush, Crown Heights, Monsey. When he’s fighting in Albany, he’s fighting at the forefront for all our issues.”

Those who attended the rally, along with the community leaders, hope the city and state legislators can convince the officials in power to quickly issue new guidelines allowing hospital visitations to return to regular pre-COVID hours.