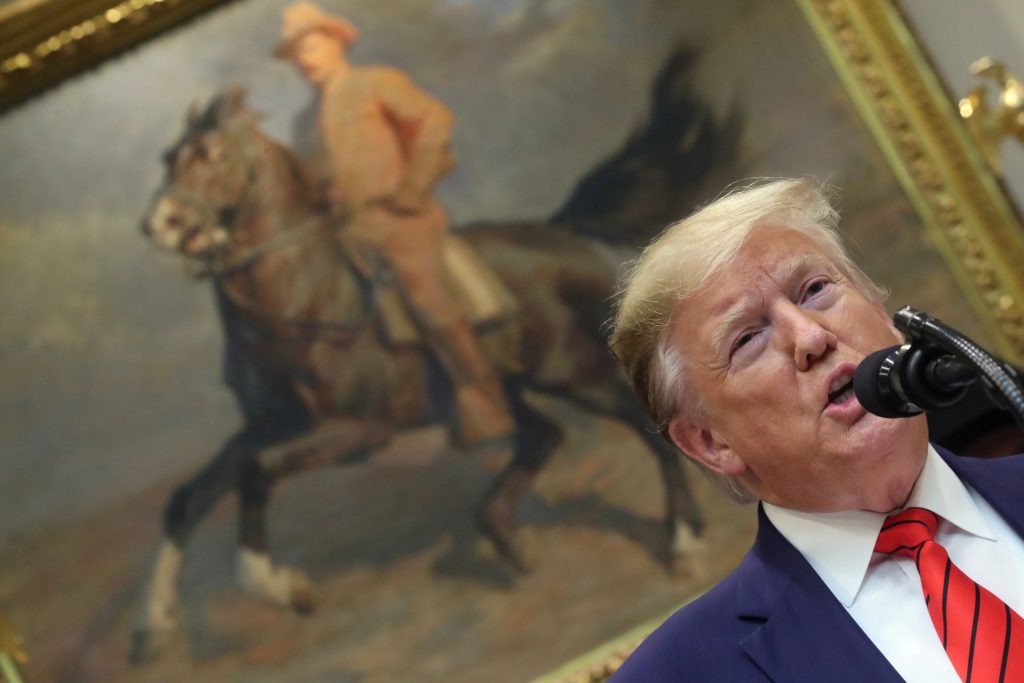 President Donald Trump said on Monday that he opposed removing the statue of Theodore Roosevelt outside New York City’s Museum of Natural History.

The move was announced on Sunday and comes amid anti-racism protests across the U.S. and the world after the death of an unarmed black man, George Floyd, in police custody on May 25 in the United States.

The statue shows Roosevelt on a horse, with a Native American man and an African man by his side.

Many have said the statue symbolizes racial discrimination and colonial expansion.

New York City Mayor Bill de Blasio said on Sunday that the city was in favor of the request from the museum to remove the statue because it “depicts black and indigenous people as subjugated and racially inferior.”

“Ridiculous, don’t do it,” Trump said in a tweet on Monday.

In the ongoing ant-racism demonstrations, protesters across the United States and around the world have demanded that authorities take down monuments honoring pro-slavery Confederate figures and the architects of Europe’s colonies.

Trump has blasted the protests, saying demonstrators have behaved badly.

“The unhinged left-wing mob is trying to vandalize our history, desecrate our monuments – our beautiful monuments – tear down our statues and punish, cancel and persecute anyone who does not conform to their demands for absolute and total control. We’re not conforming,” the president told supporters at a rally last week.