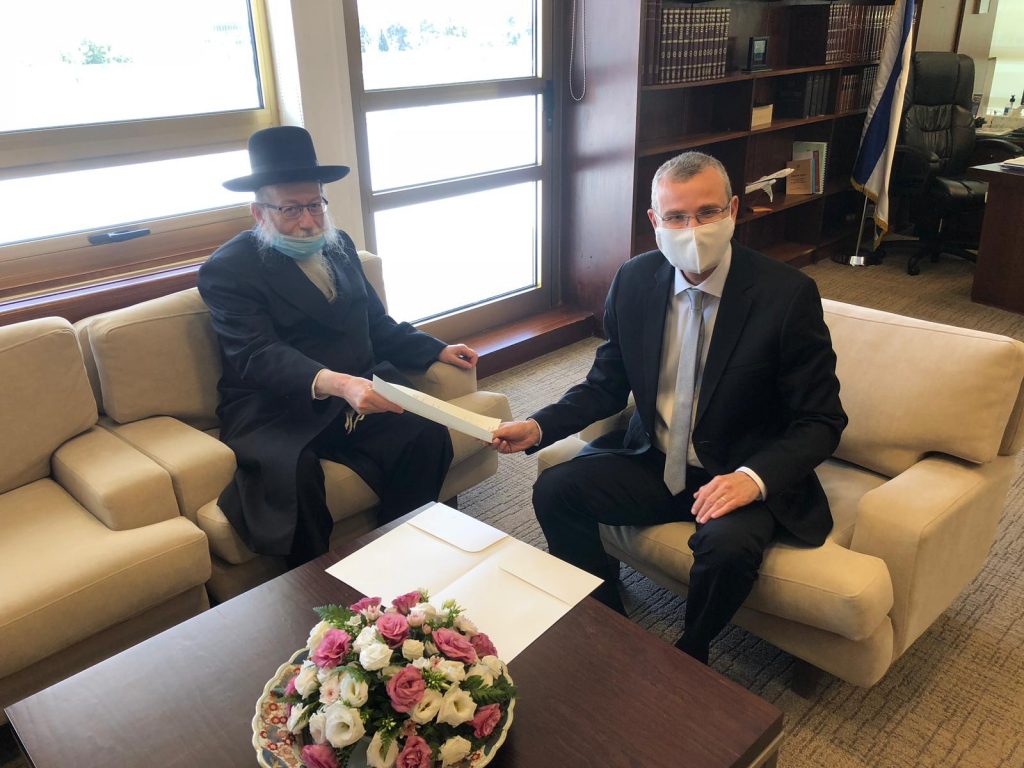 Under the Norwegian Law, he will be replaced when the resignation takes effect by the next UTJ candidate, Rabbi Eliyahu Chassid. Last week, Deputy Education Minister Rabbi Meir Porush resigned from the Knesset, making way for MK Rabbi Yitzchak Pindrus.

Rabbi Litzman can resume his place in the Knesset if he quits his post in the Cabinet.

The two new MKs will be sworn in on Wednesday, 48 hours after the resignations were submitted.