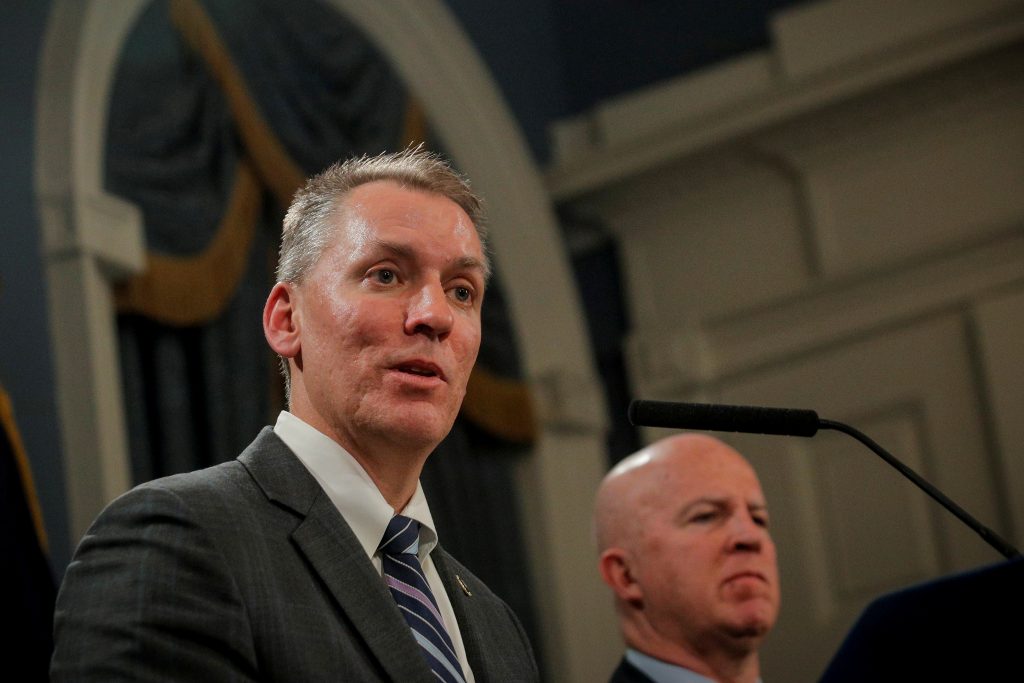 New York Police Commissioner Dermot Shea testified on Monday that officers who drove their cars into protesters were complying with department standards, and he defended the arrests of legal observers monitoring police conduct at demonstrations.

Shea’s testimony was part of a series of online public hearings held by New York Attorney General Letitia James, who is investigating the police response to widespread protests following last month’s killing of George Floyd by police in Minneapolis.

Last week, scores of protesters testified that New York Police Department officers kicked or shoved them, hit them with night sticks, doused them with pepper spray or cuffed wrists so tightly that hands turned blue.

In his opening statement, Shea called protesting on the streets a “tradition that is as old as New York” but said the recent demonstrations were unusually violent, demanding a more-forceful response.

“This was some of the worst rioting that occurred in our city in recent memory,” he said, saying people had thrown bricks, bottles and trash cans at police, injuring some.

During nearly an hour of sometimes contentious questioning, James asked Shea about widely seen videos from May 30 showing two police cruisers deliberately driving into protesters gathered in a Brooklyn street.

“Was that in violation of your use of force policy?” James asked.

“No,” Shea replied. “We have officers in a situation where they’re essentially being penned in by protesters.”

The videos show protesters gathering at the front end of only one of the vehicles.

“The officers were set upon and attacked, and thankfully they were able to get out of that situation with, to my knowledge, no injuries to anyone,” Shea said.

More than 300 officers have been injured in the protests since late May, Shea said, although it was unclear how many injuries were caused by civilians.

He promised that officers found to have breached the department’s standards in using force against New Yorkers will face consequences. Fewer than 10 officers are being disciplined, Shea testified.

James opened her investigation in late May at the request of New York Governor Andrew Cuomo, who said he was alarmed by “disturbing violent clashes” between NYPD officers and protesters.