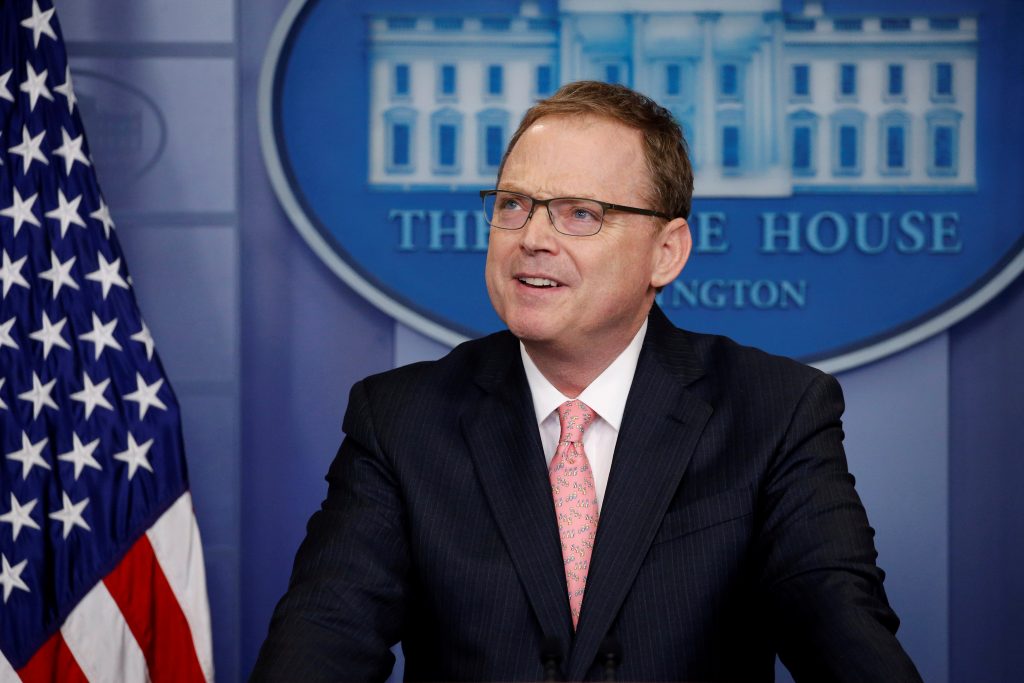 One of President Donald Trump’s most trusted economic advisers will leave the White House this summer amid one of the worst economic crises in decades.

Kevin Hassett, who returned to the White House as an unpaid volunteer in March, said in an interview that his departure is in line with the administration’s initial plan when he was brought back. Hassett said his agreement was to return to the White House for about 90 days, and he has already stayed for more than that amount of time.

But Hassett’s upcoming departure, which was first reported by Axios, could alarm critics who worry that the White House lacks respected economic officials to guide the nation through the economic calamity caused by the virus.

Larry Kudlow, the former CNBC commentator who is now director of the White House National Economic Council, has drawn fire this month for denying the existence of systemic racism in the U.S.

Peter Navarro, a top Trump adviser on trade and economic policy, was criticized last week by other senior administration officials for floating economic ideas opposed by other members of the administration. Tomas Philipson, the current acting chair of the White House Council of Economic Advisers, has had little impact on negotiations with Congress and rarely speaks to the media.

“It’s always distressing when a high-ranking economic adviser leaves in the middle of an economic catastrophe,” said Ernie Tedeschi, a former Treasury economist in the Obama administration. “They clearly brought him in again because they wanted more economic expertise — and we are not past the point where we need economic expertise.”

Hassett said he was brought back to improve the Trump administration’s data collection and analysis, and that he successfully did so by linking White House economic forecasters with the health team led by Dr. Deborah Birx, the White House’s coronavirus response coordinator. Hassett served as chairman of the White House Council of Economic Advisers before first departing the administration last year.

“When I came back, nobody knew where the ventilators were or how many we were going to need — there were a million data-intensive questions I came back to help out with .. they needed an extra set of hands,” Hassett said. “Now, it’s functioning as normally as possible because we’ve built the tools you need.”

Hassett was heavily criticized for circulating a chart that appeared to show coronavirus deaths plummeting to zero nationwide by mid-May.

Numerous economic obstacles remain for the president. Despite President Trump’s repeated boasts of a rapid economic recovery, the Federal Reserve and Congressional Budget Office have projected persistently high unemployment rates through the rest of this year. Hassett, a former scholar at the right-leaning American Enterprise Institute, expressed confidence that the remaining members of Trump’s economic team could guide the president through the rest of the crisis.

“I think everyone should be worried about how this is going to turn out in the end, because it’s a shock unlike anything we’ve ever seen,” Hassett said. But, Hassett added he’s been shocked by the “massive” upside in economic data such as credit card spending, which he said show 17 states at or above their spending levels from one year ago.

“Certainly, the crisis is not over — and there’s a lot of work to do,” Hassett said, “but there’s an incredibly competent team in place to do it.”