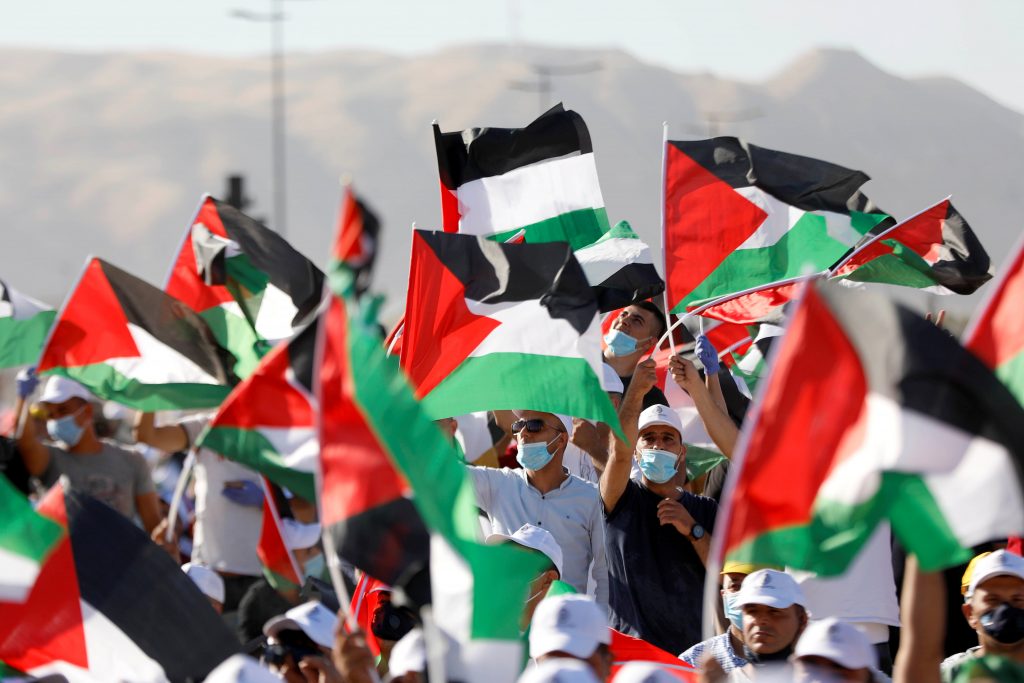 Representatives from the United Nations, the European Union, Russia, Japan and China attended a Fatah rally held in Jericho to protest Israeli plans for annexation in Yehudah and Shomron.

Thousands of Palestinians turned out to hear the speakers denounce the Israeli initiative, being advanced under the U.S. peace plan.

United Nations Mideast envoy Nikolay Mladenov, sounding more like a Fatah activist than a diplomat, told the crowd that annexation “would kill the dream of peace.”

“You’re not renting a house here, this is your home. You do not throw away the keys to something that you have been building for 25 years. You protect it and you invest in the future, a future that is built on shared values of democracy, accountability and prosperity for everyone,” Mladenov said.

Russian Ambassador to Palestine Gocha Buachidze said that “Russia sees that the only solution is an agreed upon settlement on the basis of the two-state principle. We need an urgent resumption of negotiations between the two parties under U.N. mediation.”

Four Palestinians were injured after being hit by rubber-tipped bullets fired by Israeli troops at the Jordan Valley’s Hamra Junction, the Palestinian Red Crescent reported.

IDF soldiers operating near the village of Deir Abu Masha’al opened fire at a pair of Palestinians attempting to hurl Molotov cocktails at civilian vehicles, the army said.