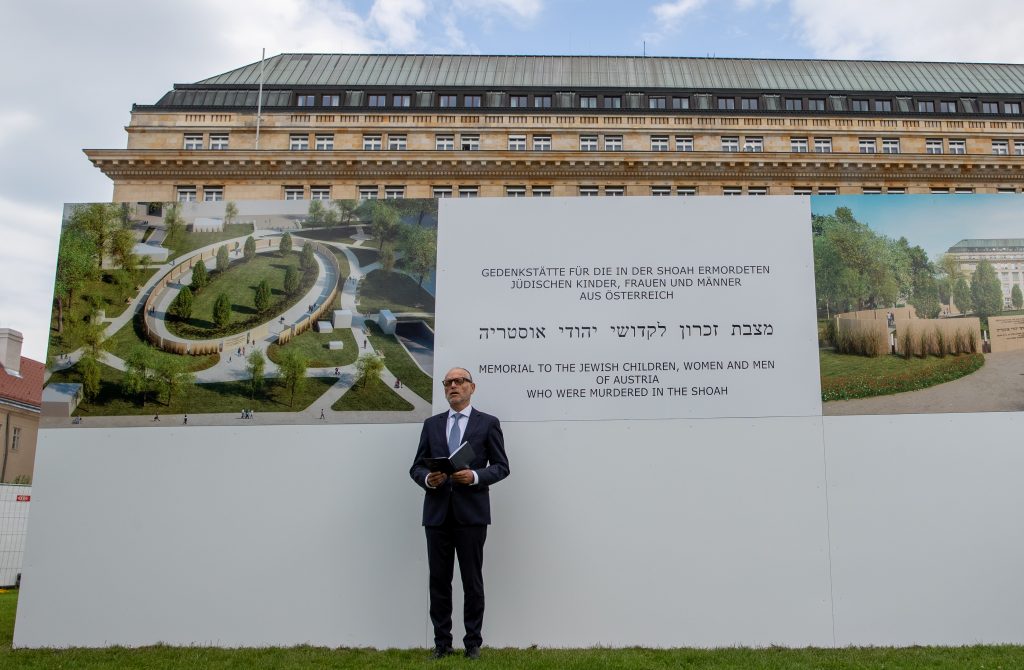 Construction of Austria’s first public monument naming all the country’s Holocaust victims began on Monday, a further step by Adolf Hitler’s native land towards confronting an issue it has long struggled with.

For decades after World War II, Austria denied responsibility for crimes committed by the Nazis, arguing that it was their first victim, despite the enthusiasm with which many citizens had welcomed annexation by Hitler’s Germany in 1938.

The country now recognizes that Austrians were perpetrators as well as victims of Nazi crimes, but it has not confronted that chapter of its history as openly or directly as Germany.

“Berlin has one. Paris has one. Vienna had none. But the day has finally come today,” Oskar Deutsch, president of the Jewish Community (IKG), the body officially representing Austria’s Jews, said at a ceremony marking the start of construction work.

The new monument, located in a park next to Austria’s central bank, will comprise a ring of upright stone slabs around an island of trees, and will name all 64,259 Austrian victims of the Holocaust. It is due to be inaugurated in a year’s time.

“Remembering means commemorating the victims of the Shoah. This remembering and our history increase our responsibility, the responsibility daily and together to do everything to ensure that something like this never happens again,” said Deutsch.

Ironically, the project was first backed in 2018 by a previous coalition government of current Chancellor Sebastian Kurz’s conservatives and the far-right Freedom Party (FPO), which was founded in the 1950s by former Nazis and whose first leader had been an SS officer.

Although the FPO says it has abandoned its anti-Semitic past and now denounces the Holocaust, it has been plagued by racism and anti-Semitism scandals, and the IKG still refuses to deal with party officials. The FPO crashed out of government last year and Kurz now governs in coalition with the Greens.

There are Holocaust memorials in Vienna, but the only one naming the Jews who lived in Austria and were murdered is in the city’s main synagogue.